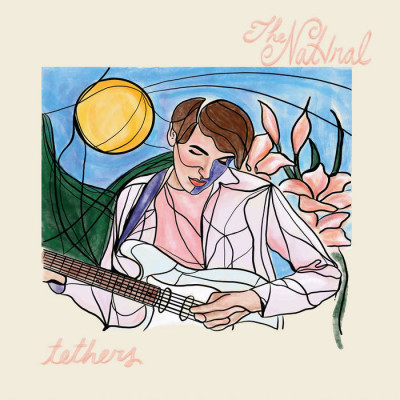 It is quite interesting that within a brief time span, out come two albums that bear the same title – both by musicians with interesting concepts. One is by Chicago’s Minor Moon (also reviewed in these pages) and the other is by The Pains of Being Pure at Heart frontman Kip Berman, who operates here as The Natvral.

While for some Minor Moon’s Sam Cantor might be an unknown quantity, Berman certainly has quite a distinct fan following. And for a good reason. The unifying factor for both artists though is that both come out of their ‘Tethers’ concepts with flying colors.

On his project though, Berman leaves the melodic pop/rock of his band and picks up his acoustic guitar, well not most of the time here, without forgetting to engage the band sound when he feels the need (‘Sun Blisters’). Listening to what he has to say here, it becomes clear that Berman went through some soul searching and in the process had quite a few mid-sixties Dylan albums at hand, along with some Neil Young (‘New Years Light’) and Leonard Cohen (’Sylvia, the Cup of Youth’) at hand.

But then, while referring to these greats, it is still obvious that he is a man of his own mind and individual music concepts, but also an artist that can change and adapt, depending on what he is trying to convey through his music.

Essentially, this is the same Kip Berman his fans know him from The Pains of Being Pure at Heart, but one who can adapt different musical concepts with ease. 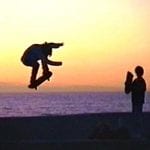