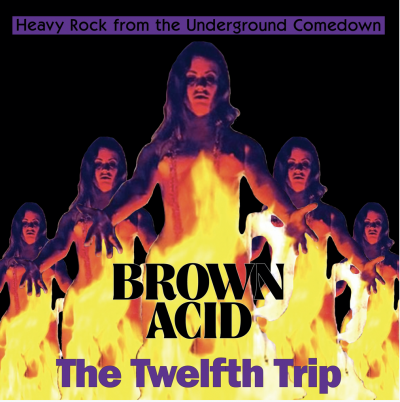 When you have a series of various artists compilations that include obscure singles from bygone eras, after two or three volumes, the compilers are bound to run into some serious problems. In most cases, it could be one of two things. The first is the fact that actually there isn’t that much material that has a good musical quality to be included. Or the original master tapes are long gone, you have to rely on scratchy singles, the charm of which is lost after one listen.

On the other hand, there are quite a number of compilers that are in it just for a quick buck (no matter how small) and either doesn’t care to do detailed research, or just limit themselves to the stuff they can get their hands on quickly, with the accompanying material ending up with the name of the artist and the song. And that is about it.

So how come the good folk at RidingEasy Records are able to come up with twelve volumes (so far) of hard/heavy, proto-stoner singles from the late sixties and early seventies? In a way, it can be called a small miracle, and the latest volume in the series, Brown Acid: The Twelfth Trip just proves the fact.

First of all, the whole series shows that there was much more stuff coming out, that the fans weren’t aware of at the time, but there was no Internet then to help us/them then. Secondly, even with the research capabilities, we have at our disposal now, it requires hard and dedicated work to find the stuff, sort it, find quality sources and then annotate the damn things.

It is obvious that all volumes in the Brown Acid series are done in that manner, volume 12 just proves that fact. Of course, with so much material, there’s bound to be a dud here and there, but that is usually more related to the matter of taste than to the quality of presented music. Taking that into consideration, Brown Acid: The Twelfth Trip is almost devoid of such duds, and in that manner represents a feat in itself.

But then, the series collectors will be aware of all this already.