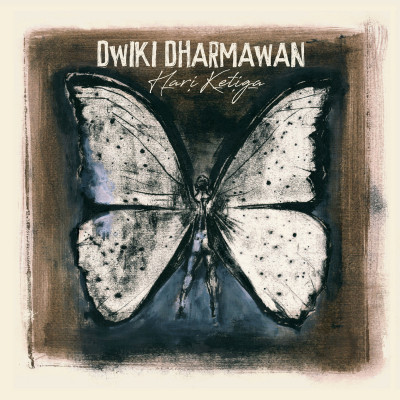 Compelling, challenging, and tricky, there’s no denying that Dwiki Dharmawan is one of the most incredible musicians that has taken me by surprise from MoonJune Records. With his previous albums including Pasar Klewer, So Far So Close, and Rumah Batu, it’s always the unexpected on what Dwiki will think of next. Last year, he unleashed the 2-CD set Hari Ketiga (The Third Day) on the label, a conceptual turned improvisational opera that is brought to life of stories from the planet Earth in nine acts.

The concept was done by Leonardo Pavkovic on the day of his birthday on May 17 in 2017 of that year at La Casa Studios in Spain. What he wanted them to do was for not just Dwiki but for Markus Reuter, Asaf Sirkis, and Boris Savodelli to record however they do by bringing this story to life, but with no script. And with the tape rolling from beginning to end with three years in the making, Hari Ketiga is one of those albums that will take a long time to accept.

The highlights that are on Hari Ketiga, you might want to strap yourself in for this stimulating structure that he has brought to life. From the 28-minute epic of ‘Act I: The Earth / La Terra’ it starts off with this eerie piano introduction with some tingling effects as Boris introduces our home planet with startling electronics that go into this back-and-forth response by channeling Van der Graaf Generator’s epic, ‘A Plague of Lighthouse Keepers.’

As Markus and Boris channel Hugh Banton’s organ work, Dwiki plays some Morse code signals on his piano while Boris scats through the universe before it transforms into this post-apocalyptic nightmare from Reuter’s snarling Touch Guitar by adding some Crimson-esque vibes with a dosage of Keith Tippett’s arrangements before heading back into the rabbit hole once more. Ominous piano and electronic hay-wiring effects, the Vince Guaraldi-like symptoms bring some pounding techniques that give Sirkis to go into a full scale assault on his drum kit. All of a sudden, Boris transforms into this madman inside Arkham Asylum by using the electronic effects as if we’re inside this person’s mind. It becomes this question on why he’s become insane before he goes into a panic motif with alarming effects that would’ve made Delia Derbyshire surprised.

If you thought ‘The Earth’ was bat-shit crazy, then ‘Act II: The Man / L’uomo’ which clocks in at 34 minutes, is even madder! Boris is going off the walls as Dwiki raises the roof more and more as Salvodelli transforms to become a combination between Copernicus and Michael Keaton’s characterization of Beetlejuice. With these deep dark territories, Markus launches a doom metal approach to get that Sabbath vibration. Boris becomes this actor in a David Lynch-like scenario of the evil version of himself bullying his inner self of the damage they had done to their Mom and how her death was his fault as Dharmawan’s piano concerto goes through a flight of stairs nonstop before scatting like crazy!

‘Act III: The Event Horizon / L’orizzonte degli eventi’ is the calm after the storm. Dwiki goes in for a glowing arrangement as Asaf’s midtempo grooves give Salvodelli melodic lines as he is driving through the country honoring Jack Kerouac’s On the Road to find their inner selves. ‘Act V: You’ll Never Be Alone / Non sarai mai solo’ is almost set in this abandoned house that is trapped in the 1950s where it was a place of beauty, turned into a paranormal nightmare. Reuter and Savodelli’s effects capture the eerie quietness and surreal ghost-like haunts filling the empty sections of the Bedrooms, Kitchen, and Living Room before they go into a pounding flamenco loop sung in the intro of the Rote Island traditional song ‘Sio Layar’ by the Deta Manu Art Group, led by Saul Nalle on ‘Act VI: The Fact is Done / il fatto e finito.’

It is a joyful celebration at first. But then it is turned into a chaotic hell that is waiting to happen. Reuter goes for the jugular by adding enough fuel on his instrument by going buck wild as ‘Act VIII: The Deal / L’accordo’ is where they enter the doors of the Krautrock genre honoring Klaus Schulze’s Irrlicht’s opening track ‘Satz: Ebene’.

With some incredible improvisations, Boris nearly goes for the Tuvan throat singing as Dwiki channels some dystopian dysfunctional lines on his keyboards. Now Hari Ketiga may not be for the faint of heart and everyone’s cup of tea. But for Dwiki and his bandmates, they pushed the envelope even further with this insane idea, but it works very well. It is going to be up there with albums such as; Yes’ Tales from Topographic Oceans, Faust’s The Faust Tapes, CAN’s Tago Mago, Captain Beefheart’s Trout Mask Replica, Pink Floyd’s Ummagumma, and Ron Geesin’s collaboration with Roger Waters on Music from the Body. Hari Ketiga is about to become a line in the sand amongst listeners whether they want to accept the album or not. It is diverse, but pretty damn good. 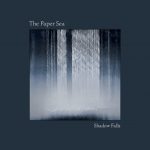