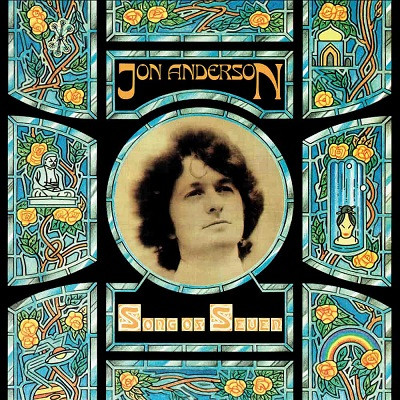 Song of Seven by Jon Anderson

“First the planet, a star/Suspended in the realm of infinity/Soul and Light charged together/In form called life adorned/To which the world offered a home/Once made for love/And love alone/For you, For me.” The opening lines on ‘For You, For Me’ from Jon Anderson’s second album originally released in 1980 on the Atlantic label entitled Song of Seven, showcases a leap forward to show that he was more than just a front man of the quintessential group, Yes.

Now reissued by the good people from Esoteric Recordings, it is time to give this album a new beginning by giving it the recognition it’s deserves. The follow-up to his 1976 debut Olias of Sunhillow, Song of Seven has influences raging from Soul/R&B, Doo-Wop, Celtic Folk, and Atmospheric adventures to go beyond the progressive genre.

At the beginning of 1980, Jon had left Yes along with keyboardist Rick Wakeman at the time the group were recording their follow-up to their diverse release Tormato with Drama. Jon had recently signed a solo deal with Richard Branson’s label Virgin Records at the time. They wanted him to go into the Phil Collins route who was achieving success with the Face Value release, but Jon wanted to do something different.

Well, it didn’t work out as they didn’t like what he was giving to them and they went ahead and canceled the contract. He relocated to London to record what would be known as Song of Seven. He went back and signed to the Atlantic label because of the success they had with Yes. Some of the songs that were written for the album was during the Tormato period and had been demoed.

The album was recorded at his home studio in London and founded an amazing ensemble entitled The New Life Band. It included keyboardists Ronnie Leahy and Chris Rainbow, guitarists Les Davidson and Joe Partridge, bassist John Giblin, percussionist Morris Pert, drummer Barry de Souza, and saxophonist and flautist Dick Morrissey. Not only that but to be allowed to have the late great Jack Bruce and drummer Simon Phillips who would later join The Who replacing Kenney Jones for their 1989 reunion tour in honor of the 20th anniversary of their landmark rock opera, Tommy.

But onto the album. You have the Morse code turned into a sing-along marching chant. Anderson sets the controls on the mothership back into the planet Sunhillow for the alien race to bring more joy into the world with an uplifting spirit on ‘Some Are Born’. With funky midsections thanks to Barinson’s rhythmic guitar structures and crying out into the night thanks Leahy’s keyboards making it sound like a fanfare for his return to the planet.

‘Don’t Forget (Nostalgia)’ is a tribute to Frankie Valli and the Four Seasons as Jon and Chris Rainbow return to the roots of the Doo-Wop genre by singing in a different part of the Big Apple under the street lamps in the evening capturing the golden-era of the 1950s. All while going into Steely Dan’s groove thanks to Clemson’s rising guitar links from Elliot Randall’s lead section on ‘Reelin’ in the Years’ with ‘Heart of the Matter.’

Jon returns to this acoustic waltz in a Celtic Bealte-esque arrangement with a ragtime feel on the struggle to moving forward with losing the person you loved so much. And with this smooth jazzy arrangement, it tugs your heart so much. Jon’s voice gives you so much calm and relaxation to ‘Take Your Time’.

‘Hear It’ is Jon’s answer to a Celtic-Country Folk adventure long before Garth Brooks’ live opener ‘Callin’ Baton Rouge’ but with a synthesized melodic vibration as Giblin takes the center stage on his bass guitar on ‘Everybody Loves You’. He goes into this Jaco Pastorius-esque arrangement in the midsection that gives it a little electrical juice for Jon to let him go a little extra on his instrument.

The closing title-track which clocks in at 11-minutes and 25 seconds, is a sign of peace and understanding. It shows that while we mourn the loss of a loved one, they will be watching over us in heaven and knowing they haven’t forgotten them. With the Delme String Quartet arranged by Dave Ogden and Leahy’s keyboard thrown in, the first glimpse of a sunrise sets over the horizon. It feels like a classical oriented piece that Jon could have written for the finale of Disney’s 1940 epic, Fantasia but with a bit of Schubert thrown in for some world musical boundaries to give a bit of a farewell. Jon returns to the ¾ waltz structure by returning back home to Earth with some heavy guitar lines done by Clem Clemson as Rainbow helps Jon out in the midsection to make the soft landing by arriving home.

And this is where his daughter, Deborah Leigh comes into the final section of the piece, lending his Dad a helping hand on the vocals. You can feel the comfort between the two of them giving a chance to know that everything is going to be alright and a new day will begin tomorrow.

When the album was released in November of that same year, it went to number 143 in the States, but it did well in the U.K. by reaching number 38. In the fall of 1980, he embarked on a small tour promoting the album From November 12 to December 16th. One in Germany, and six in England. Song of Seven isn’t just Jon’s album, more like a family album that he was eager to have not just The New Life Band, but bringing everything full circle, knowing that he did it his way, making it an unsung masterpiece.

The 24-page booklet contains an interview with Jon Anderson about the making of the album with liner notes by Malcolm Dome and it includes some of the illustrations done by Ian Nicholson and pictures of Jon’s family. As I’ve mentioned earlier, it is time to give Song of Seven the recognition it deserves by giving it another glimpse of light for Jon Anderson’s travel back to the watery landscapes. 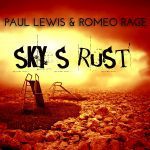