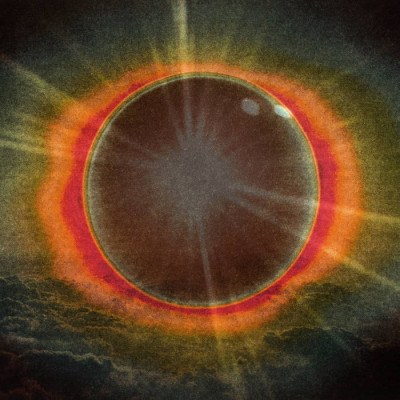 Some die-hard fans of the current drone genre would go as far as to say that if you aren’t familiar with the music of the Olympia Washington duo Growing then you are not a true drone fan. Of course, the debate about that could go on forever, but it just might be the case that their debut, The Sky’s Run Into The See (2003) is one of the seminal drone albums of the new century.

Now, the core duo of Joe DeNardo (guitar and oscillator) and Kevin Doria (guitar and modulator), who has been on a recording streak since (16 albums and counting!) are back with their latest explorations on Diptych.

Growing were always on the edge of turning their drones into ambient sound sculptures, and the latest release is no exception in that respect. Nor is the fact that the two elongated pieces representing the album have exactly the ingredients to make them work. Both ‘Variable Speed’ and ‘Down + Distance’ present sounds that easily cross various genres with their slow-paced, evolving sounds. Drone, ambient, the newly-defined ambient country (‘Variable Speed’), even modern classical and stoner all come into play at some point in these two pieces.

It seems that constant playing and releases (quite a few of those recorded live) have enabled DeNardo and Doria to hone their art and capabilities giving them the possibility to make watching the clouds pass by (light or dark, makes no difference) along with their music an interesting, lively event, instead of 40+ minutes of boredom. With all that, Diptych is one of Growing’s more accomplished albums, giving drone as a genre another impetus.