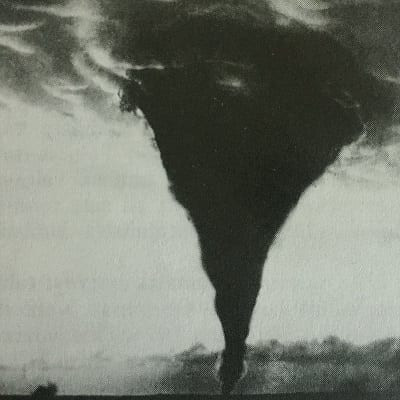 Vertigo by Jess and the Ancient Ones

It’s been four years since Finland’s own Jess and the Ancient Ones have released a new album after the release of their third studio album from 2017, The Horse and Other Weird Tales. And here we are in the year 2021. It is time for the dooming psychedelic masters to unleash the snarling beast once more to hunt and eat more human flesh once more that will give shivers down your spine with the release of their fourth studio album, Vertigo.

Now while they had taken a break, Jasmin Sarrela, lead singer of the group, had done a solo project to go beyond the psychedelic touches with Jess by the Lake. It was named after she lived by the lake for many years and her 2019 release, Under the Light Shine had more of a traditional sound and showed that she can do something different, but never forgetting her roots.

Svart Records has really taken an increase from gems with bands such as; Wigwam, Hexvessel, Diagonal, Tusmörke, and Tasavallan Presidentti. But with Jess and the Ancient Ones, they fit in perfectly. And the amount of dosage between the occult, doom, psych-prog, and garage rock, they took a huge advantage of pushing the envelope to honor the Italian Giallo films, Stanley Kubrick, and William Friedkin, by making their own horror-like album that is a real shocker!

From the opening track ‘Burning of the Velvet Fires’ it starts off with these Indian percussion tribes with a full throttling rhythm section done by Thomas Corpse and Abraham’s keyboards. With its garage rocking intro and rising tidal waving segment, Jess channels both Cathy Pruden of Julian’s Treatment and Peter Hammill during his Silent Corner and the Empty Stage period throughout 1974.

She then shows us a signal on the themes of justice that is finally getting the ghosts of the past and present to hopefully rest until the villainous criminals are put away for good in this theatrical atmosphere for the ‘World Paranormal’. Listening to ‘Talking Board’, ‘Born to Kill’, and ‘Summer Tripping Man’ they are continuations of the 2013 EP title-track, ‘Astral Sabbat’.

It shows they aren’t finish yet for the Sabbat. And they are still burning the fires even more on those three tracks. Whether the Ouija board, the end of the world, or the hallucinated guru are giving her enough time to bring more fuels inside her electrical veins to call the gods by having enough power to bring enough brutal forces like no other! ‘Love Zombi’ is a nod to both Gemran and Italian prog maestros, the Floating-era of Eloy and Goblin. It is a lift-off through space and time. With Thomas delving into Frank Bornemann’s guitar structures and Fast Jake’s nod to Luitjen Janssen’s intensive exercises on his Bass, Yussuf is controlling the boards to arrive towards the band’s next destination throughout his drum kit.

The closing 11-minute epic, ‘Strange Earth Illusion’ is a trip through the unknown. Featuring this dooming electric keyboard intro as Jess goes into the bluesy style of Janis Joplin by sharing some melodic guitar riffs that Thomas brings to her vocal arrangements. And then, holy shit! Are those eruptive organs rising from the planet Mars?! Indeed it is! For a couple of seconds they transform into the territories of Alice Cooper’s Killer meets Van Der Graaf Generator’s Pawn Hearts-era as the continuation of the tidal waving drum textures come out of the blue for this stop-and-go section for Abraham and Thomas to give Jess another chance to raise some more hell.

Vertigo is a heart pounding return for Jess and the Ancient Ones. It shows that while they’ve been around for 11 years, they are one of the most intensive, scariest, terrifying, and mind-blowing bands I’ve listened to. And who knows what will happen next. They’ve added enough ingredients to make enough drinks well enough to see what will happen in the roaring 2020s.