(((O))) Review: Tombstones In Their Eyes – Looking for a Light 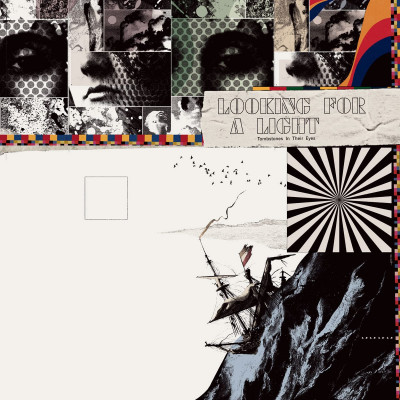 Looking for a Light by Tombstones In Their Eyes

Tombstones In Their Eyes on the web:
Facebook | Bandcamp |
Release date: April 20, 2021
Label: Kitten Robot/Somewherecoldrecords
by Elizabeth Klisiewicz | May 20, 2021 | Reviews

Los Angeles psych rockers, Tombstones In Their Eyes, have just unleashed a perfect storm of a record. Looking for a Light represents a slight stylistic shift in musical direction. Its melodies are burnished with a greater sheen, but the band’s trademark fuzz still surrounds their work on all sides. The band consists of John Treanor (vocals, guitar, keyboards), Stephen Striegel (drums, percussion), Josh Drew (bass, guitar), Paul Boutin (guitar, bass) and James Cooper (synths, midi-drum programming). The album was produced by Paul Roessler and was released on April 20, 2021.

I first latched onto their single ‘Quarantine Blues’ back in the winter when it made its first appearance, and I cannot think of a more appropriate song for the pandemic, albeit one year later. While things are starting to loosen up, at this writing, many states still have fairly strict protocols in place for social distancing, especially at indoor venues.

Their new direction is less foreboding and more often suffused with pulsating warmth. Witness the love song ‘Ship on the Sea’ that follows the aforementioned single. The vocals are clearly defined and the sonic layers are peeled back a bit. That said, I am still reminded of their Boston counterparts, The Magic Shoppe, only dialed back a bit with a softer landing and a more approachable sound for new listeners.

The subject matter of ‘Hey’ is pretty clear and something most of us can relate to, whatever we are going through. I also sense isolation and loneliness, the sort where one can be surrounded by people and still feel completely removed from the scene. The title track ‘Looking for a Light” is hopeful and pretty. I particularly like the keyboards here, and the way its quiet opening sequence cascades into a dense wall of fuzz. ‘I Can Hurt All The Time’ hearkens back to their earlier sound, dark and a bit edgy. While it deals with depression, I find the melody somewhat hopeful and I like the instrumental work quite a lot here.

‘Seeing Eye’ has a massive wall of sound, and encompasses all the things I dig about these guys. I am a big sucker for gauzy layers of reverb and feedback with the bass and drums in your face and the vocals somewhat buried in the mix. This song definitely borders on space rock, as it rocks your brain on a celestial level. ‘Wrong’ has echoes of BJT, but meanders its way past their West Coast cousins and bludgeons your senses with stabbing guitar lines. I like the way a gentler instrumental layer hovers beneath the surface. ‘Maze’ falls last in this musical suite, a fitting tune for a coda. It closes out this cool record with a flourish. Recommended for all fans of noise rock, boot stomping psych, and shoegaze.