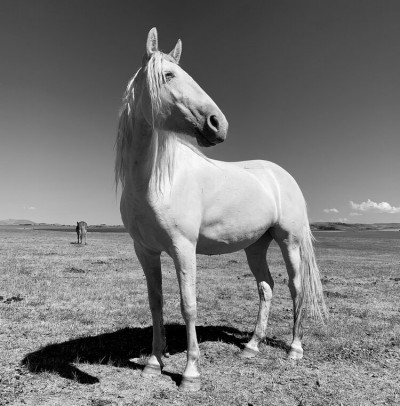 Way Out West by King Ropes

It is not just that the title of their new (fourth) album bears the title Way Out West, nor that the band itself is called King Ropes. It is that when the opening track here ‘Big Man On The TV’ starts that you realize that (deservedly) bringing back the sound of one of achingly missing in action cult bands. Thin White Rope. Yes, it is rope again, and yes it is that left-field psych-rock/americana sound that is heavy (in more ways than one) on electric guitars and skewed-up chord changes.

Oh, and it doesn’t matter whether it is something of a slower tempo number like ‘Magical Floating Eye’. Way out West, indeed.

And no, King Ropes are not faking it. Dave Hollier is from Montana, and after stints in Brooklyn and Los Angeles, he decided to relocate back to Bozeman. Somewhere in Montana, for the uninitiated. Whatever his reasons were, on Way Out West Hollier seems to have hit his and the band’s stride and has recaptured that lo-fi psych Americana vibe down to a pat. At moments, he even recalls another of cult Western heroes, this time one rooted down in the Arizona desert, Tucson’s own Howe Gelb in his more psyched-out incarnations.

But whatever inspirations Hollier might have had or had, here on Way Out West he is able to blend them into something very much his and King Ropes own, keeping that Western vibe fully intact. Surprisingly good.