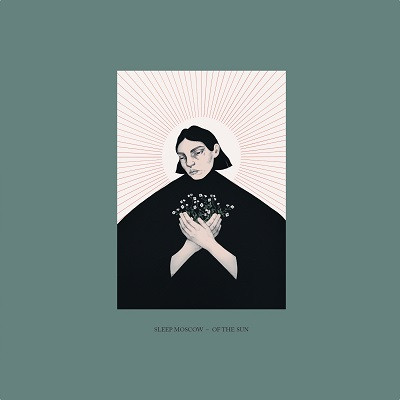 Of the Sun by Sleep Moscow

What happens when you combine the Ladbroke Grove scene, electronic music? Well, you have this surreal nightmare on what the future has become. But for Sweden’s own Sleep Moscow, they have done their homework very well with their debut album, Of the Sun. Formed in 2018, the band is an ego-less and mood driven project by Petter Kindström, Eric Nilsson, and Green Leaf’s Arvid Hällagård.

From Norrköping, which is a city in the province of Östergötland in eastern Sweden, and teaming up with the Majestic Mountain Records label, Of the Sun is a conceptual album that has a story arc with a cliffhanger ending going beyond the passages of time. Originally it was going to be called Solaris, based on the 1972 sci-fi classic by Andrei Tarkovsky. But the translation for Solaris simply means, “Of the Sun”. So for Kindström, it wasn’t just a beautiful title for Sleep Moscow, but an alternate soundtrack to the movie itself and John Schlesinger’s 1975 unsung gem, Nathanael West’s Day of the Locust.

‘Light Will Meet Us’ channels not just the Obscured By Clouds-era from Pink Floyd, but channeling the masters of unearthed masters of psych hard rock group High Tide from the sessions of the Sea Shanties album. With synth waves filling up the post-apocalyptic landscapes, Arvid’s voices honors Tony Hill, vocalist for High Tide with some crunchy guitars carrying the aspects of ‘Futilist’s Lament’.

Opening track ‘Home’ has this mellotron sounding like an accordion, reminiscing the score to Nino Rota’s mournful twist of Fellini’s Amarcord while ‘Gift of Life’ is the hope to bring water into the lands. With its electronic drum beats along with the beats featuring mellotronic grooves and synthesizers finding peace in the valley which can be tricky, you can hear some of the structures of Quintessence’s ‘Notting Hill Gate’ that Sleep Moscow tips their hat.

The title-track is the calm after the storm with a piano ballad. With a struggle to move forward throughout time and space, both ‘Memories’ and ‘Far Beyond Gone’ has dooming cello sequences. Two of these tracks take place after the shocking climax of the Burning of Los Angeles from Nathanael West’s novel. As the acoustic transforms itself into a bloody aftermath, we as listeners are inside Tod Hackett’s mind as he’s gone completely off the rails after seeing the hallucinations of 1930s Hollywood by becoming the American Nightmare that he’s envisioned in front of his eyes. The mellotrons clear the black clouds to finally give us a chance to see our first glimpses of the sun coming out.

‘Alone’ is a new chapter with a new beginning. The rubble from the riot last night becomes a questionnaire on what will happen next from the Movie premiere that is now a pile of rubble from the destruction of Khan’s Pleasure Dome. Stina Tosteby sings beautifully by taking us into the burned movie theater. She gives us detail knowing that it is going to be a long, long time to recover from what happened after all hell had broken loose with the mob riots. ‘Facing the Clouds’ is this cross between Tangerine Dream, Cluster, Novalis meets Bauhaus with Arvid channeling his Peter Murphy vibration while ‘You Are Over’ closes the album with a haunting ‘Moonlight Sonata’-sque introduction by leaving us hanging to see what will happen next.

Sleep Moscow’s debut album is like a movie inside our heads that is partly supernatural, science-fiction, and disguised as a horror film until the very end. And their mission has been accomplished so far this year. It would had made both Nathanael West and Andrei Tarkovsky very proud to see what Sleep Moscow had envisioned for their debut, Of the Sun.