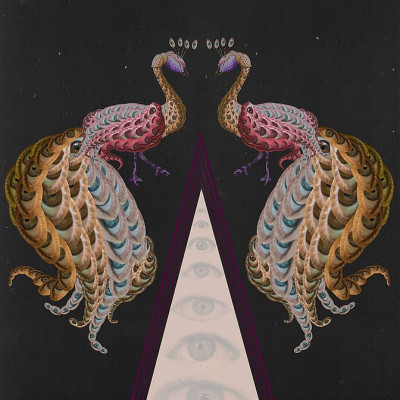 There are so many ways in which you can organize your music within a ‘basic’ rock setup of guitars, organ, rhythm section. The key here is whether you are presenting something that is interesting, well-played, and has a modicum of inventiveness.

Or if you want to put it in another manner, music that has its own personality.

Atlanta quartet Small Reactions have that kind of an instrumental setup and have given their album the title of New Age Soul. A very bold title, indeed, and you really have to be at your A-game, both inventively and musically to come up with something that will engage the interest of potential listeners, particularly if you call the music you present “nerve pop.”

Yet Scotty Hoffman and his Small Reactions seem to rise to the challenge. They utilize that so-called basic setup to its utmost and to draw the best out of their new wave, power-pop slanted music, adding along the way bits and pieces of post-punk, surf, even drone and what not.

But these guys seem to make all the right moves here, coming up with an utterly enjoyable bag of musical tricks that all seem to be so familiar but are arranged and re-arranged into different combinations with both imagination and aplomb.

These guys know exactly what musical ingredients they are using and how to combine them. Those with very rock inclinations in their musical taste don’t have to go very far from New Age Soul as their current summer album.