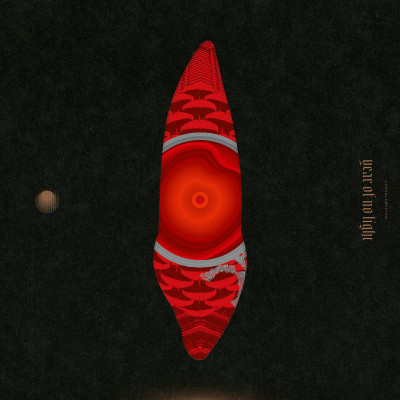 Consolamentum by Year Of No Light

There is no one like Year Of No Light, there are some that enter the same territory but there are none that get near to matching the mastery of its creations. Although four albums in 20 years may seem like a low return that is looking at quantity rather than quality. From the sludge ripping Nord to the fully instrumental Ausserwelt, Tocsin and now Consolamentum the band manages to find ways to sound both organic and familiar. With the five tracks on offer here Year Of No Light fulfills all the wishes a fan could demand, it’s dark, it’s heavy and it’s bright and warm. Gratification can be gleaned instantly but give this album time and attention and the rewards are multiplied significantly.

This is a record that builds on each journey and each song has its own method of doing so, some can start straight out with the riffs while others are lighter and textured. What has become a favourite of mine is closer ‘Came’, which opens with some of the most overt synth work of the band’s career but ends in a totally different playing field. The icy notes slowly begin to dual with the guitar and an epic battle is ended when the dual drums hammer blast beat volleys into a Plague Organ-esq empathic ending which absolutely pummels. The intensity releases like a constantly erupting volcano as the kick drums get beaten to within an inch of rupturing. It feels like moments Year Of No Light hasn’t captured before on both ends of the scale.

To sit and pick apart each song with words just can’t do this album justice as each is unique and traverses a good deal of ground while being intricate yet spacious. Even the shortest track ‘Alétheia’ moves from delicate post-rock into a rapturous crescendo awash with hammering drums and swelling guitars. The other track which starts out in a light fashion is ‘Réalgar’, but it doesn’t take long for its heavy ascent and descent to crack through that beautiful sounding intro. Recording live and in analogue has really helped give each of the tracks a wonderfully thick sound which enhances the feeling of the songs growing and expanding.

For a post-metal fan this album is a dream, there are pounding drums, exemplary low end and stunning guitar work which plummets depths and flies to the peaks. The music builds and releases but never in a forced or generic way. It is a phenomenal achievement and is well worth the wait. I have absolutely nothing negative to say about this record whilst struggling to gather words to accurately describe how exhilarating it is. The natural way the songs roll out and fit together is a testament to the work the band has put in, if it takes another 5 to 7 years for the next one then so be it for quality of this level. I now have everything crossed and pray to every god that I get to see this at Damnation in November.