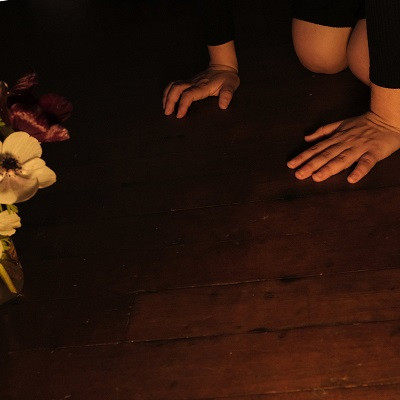 In The Tender Dream by Sally Decker

How would I describe the scenario? Walking into a deep, dark corridor to discover more of the mysterious disappearance on what happened to Twin Peaks character Philip Jeffries from the movie, Fire Walk with Me. For Californian composer Sally Decker, she takes us to a journey of subtle emotional body and sound that is used as vessels for practicing presence.

Her second album, In The Tender Dream released on the label NNA Tapes, is like a tribute to not just the minimal composers, but the electronic structures to create a tool that it was to be not in full control. The genesis of the album came when Sally went to Mills College in Oakland.

She had this new strategy for her to explore the view on the ache of codependency, which strains the structures on self-worthing by creating compositions to helping reveal her true identity. Sally knew she was about to not just walk into the Lion’s den, but up for a bigger challenge with a huge gigantic push.

Whether it’s the Terry Riley-sque route between the second part of ‘Affirmation’ that Emily Cardwell and Briana Marela handle on the spoken dialog along with echoing hallways on ‘Stair’, you can get shivers down your spine as the voices of the dead come crawling at the attackers, knowing that the abuse they’ve done to them, are damning on ‘The Loss’.

The chaotic booming of droning static whispers throughout the opening of ‘The Other Side’ and ‘All Possible Realities’, it comes to an anti-climactic end. As the temperature level reaches up to a boil, the furnace starts to explode between ‘Endlessly’ and the screeching feedback on ‘Seen’. Sally is pulling all the twists and turns right in front of your eyes with a noise so loud, you never know what she’ll do next. It’s like something out of of CAN’s 10 and 17-minute epic, ‘Aumgn’ and ‘Soup’ where in the last three minutes, Damo Suzuki goes into this scatting frenzy like no other.

In The Tender Dream may not be everyone’s cup of coffee per se, but for Sally, she has broken the rule book into big pieces. Yes we can oblige by them, but that doesn’t mean we follow the rules, we destroy it one by one. And this is one of those challenges that will send shivers down your spine for the rest of the roaring ‘20s.