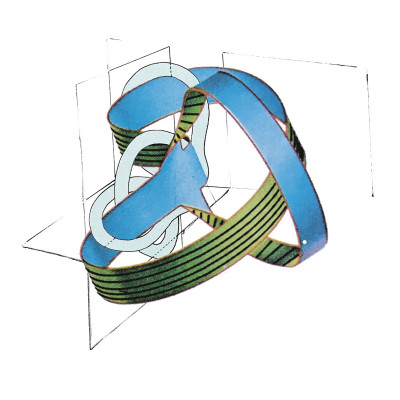 These days, musicians need to be at their utmost inventive to come up with ideas that will make their music reach potential listeners. Just good, or even great music, might not be the reason somebody picks up your release. Sometimes it is just a gimmick because there is no real musical substance behind a certain move. Other times, it is music that deserves to be heard, no matter what.

The latter is the case with the third album from the Australian quartet Tangents. What move did they actually make? Actually, they combined Timeslips, their album from 2020, and complemented it with the new one, Chimeras.

In many ways, the move is logical. Twenty twenty wasn’t exactly the year many people concentrated on music and if you really stand behind your work from that time, and there is a logical and musical connection between the new work, why not? And if you take a deep listen to this post-post-rock set because it just might be the right move by the band.

Stylistically, there is a full flow between the two joined works – it is practically impossible to tell which is the ‘old’ and which is the ‘new’ album. The guys went deep into the territory that seems like a perfect combination between Mogwai and William Basinski, placing a greater accent on improvised passages than on constructed ones.

Actually, it is quite hard to say which are which, because the level of musicianship and inventiveness applied by Tangents is so high. You get everything here that characterizes an excellent post-rock album from dub drones to abstract musical collages. Instead of a gimmick Tangents give us a very imaginative concept on Timeslips & Chimeras.