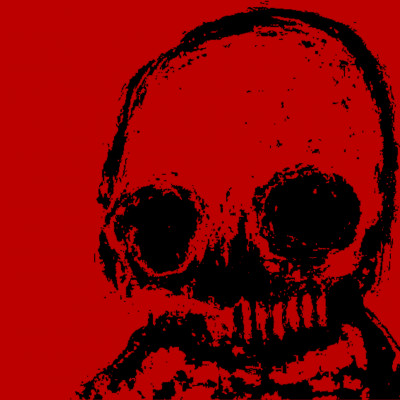 Since Eri Isaka’s relocation to Oslo, she has become one of the most unpredictable, and perhaps underrated, artists in the city’s vast musical landscape. Relentlessly prolific, she’s straddled punk, noise, dark ambient and harsh electronics across dozens of releases and the recent lockdown has, if anything, only accelerated her creative drive. Her tenth release of 2021, Korrumpert Integritet is a vast and imposing work that somehow manages to convey a sense of deathly serenity within its stark soundscapes.

‘Vinter’ could conceivably be called ‘drone’, given that the steady, insistent buzz and warped crackles don’t offer much in melody and instead focus on texture and layering, but it’s also an overtly psychedelic piece. There’s a sense of gravity to it, drawing you in and down, and Isaka’s obvious skill at delicate and near-imperceptible flourishes is evident throughout. Deep swooshes and crackles feel like the remnants of an electrical storm within your speakers, and when they are woven so deeply within that magnetic draw, it’s easy to find yourself adrift in the best possible way.

The same can’t be said of ‘Uro’, which demands attention. It’s not harsh, but there’s something insidious about the white noise buzz that ebbs and flows throughout that never quite allows things to settle. It’s constantly in motion, shifting slightly from one waveform to the next, and an arrhythmic accompaniment of hollow clanks and bleeps that might as well be a sonar reflection from Cthulhu himself, don’t help to make it any more comfortable to hear. Meanwhile, ‘Hul’ sits neatly between the two, taking both the rhythmic sway and textural nuances of ‘Uro’ but managing to weave in some of the droning, amp-worrying magnitude of ‘Vinter’. There are splinters of musicality, like fractured songs from a decaying radio signal, but rather than breed familiarity, they lend it a kind of alien consciousness – think Videodrome being scored by John Cage and John Carpenter and you’re halfway there.

Final cut ‘Undertrykt’ has a similarly cinematic quality, but it is much more claustrophobic in nature. The ripples of synth coil and twist, contract and release, and there’s an energy to it that feels a lot closer to a live, improvised performance than anything else on offer. Isaka has never been shy when it comes to throwing everything into the mix but here, the philosophy has been applied and streamlined, making it one of the strongest offering on the record. As a whole, Korrumpert Integritet is undoubtedly a niche release, but then so is everything that Viviankrist has ever had a hand in. It’s difficult, unsettling, often obtuse and it’ll take you somewhere that you probably don’t want to go but sometimes, that’s everything you could want in a record.