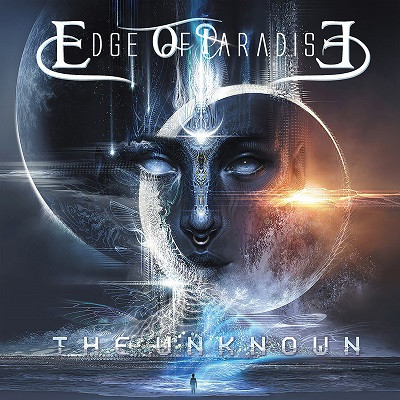 The Unknown by Edge of Paradise

It’s been ten years since Los Angeles Metal band Edge of Paradise launched. They took the genre of Symphonic Metal to a whole new level as if the floodgates had been wide opened for another group to raise the flag of more Female-fronted groups to come forth. I can remember very well hearing their music during the summer of 2015 by watching one of their videos on YouTube. After that, I went ahead and bought the band’s second studio album Immortal Waltz on The Laser’s Edge website.

This was a band I did not see coming. And it was like, “Where is this coming from? This is top notch Metal at its finest!” It was a crossover between electronic, power, prog, and real good pop music to its core. It’s all right here. Edge of Paradise took it a step further with these story structured lyrics Margarita Monet would create. She is like the master of ceremonies inside the band’s answer to a Circus that would give Metal heads an evening performance they’ll never forget.

When you think of the Female fronted Metal groups, you think of; Amberian Dawn, Within Temptation, Oceans of Slumber, Edenbridge, and Epica. For Edge of Paradise, they are now on top of that list. With three studio albums and one EP in the can, they are back in action for their fourth studio release this year on the Frontiers label entitled, The Unknown.

Margarita, Dave Bates, Jamie Moreno, and Ricky Bonazza are continuing their journey to see where the next chapters will be in the band’s story. Listening to The Unknown is like looking through the stories from the adult illustrated fantasy magazines of Heavy Metal. And eight of the centerpieces that are on the album, are the band’s answer to Rod Serling and Frank Herbert.

The marching sections on ‘My Method Your Madness’ is a sci-fi lyrical structure of a world gone horribly wrong from Margarita’s take of Aldous Huxley’s Brave New World and the video game franchise of the BioShock universe.

With its motorcycling groove of the rhythm guitars, you can feel the rumbling vibrations going in to a maddening segment as TV’s go into this insane madness of reality TV shows, soap operas, bad cooking shows, and late night hosts going into the invasion of the celebrities own private world to be exposed in front of a live audience.

It’s almost like we are a part of this Ludovico Technique or going insane that either Alex DeLarge or Thomas Jerome Newton went through between A Clockwork Orange and The Man Who Fell to Earth. When you watch the music video of ‘Digital Paradise’, it is the band’s answer to the 1982 cult classic of Disney’s TRON.

Chugging guitars with a Power Metallic approach, it brings to mind Iron Maiden’s Adrian Smith and Dave Murray while ‘Tidal Wave’ brings to mind of Within Temptation’s ‘A Shot in the Dark’ as Margarita tips her hat to Sharon Den Adel’s lyrical arrangements. The title-track is like something straight out of the trailer for the upcoming epic of Dune that is finally brought to life.

Ambient-atmospheric voyages with an epic score, you can feel Margarita’s vocal styles in an echo chamber crying out in the middle of a desert storm. The guitars get in gear for this eruptive boom by riding on top of the sandworms thanks to the thunderous beats from the heavy rain that’s happening. It is survival of the fittest with a Stargate sequence that makes a cameo and would’ve made Stanley Kubrick proud.

‘False Idols’ is about the people that you idolize throughout the posters you have in your room or watch on TV, goes to show that they have a darker side behind the curtains that they don’t want the public to know of the amount of skeletons they have in the closet. Pound-caking attitude, they go for a thrashing jugular with a storytelling route channeling both Randy Rhoads and early Metallica.

From the moment ‘Bound to the Rhythm’ is played, you can feel Margarita channeling the late great David Bowie during his Aladdin Sane period by opening up the cabaret door for its introduction and midsection of ‘Time’. While there is some headbanging grooves, there’s a slight moment in the piece where you know that getting out of the city, is going to be very tricky.

‘Leaving Earth’ is a post-apocalyptic composition that Edge of Paradise goes on a booming cannon blast. You can imagine the guitars are going for a boiling increased solo as you leave your home planet to start a new chapter before it erupts into millions of pieces as they walk into the dancing room for a waltz-rocking composition to ‘Believe’.

The Unknown is Edge of Paradise’s imaginative movie brought to life. It is quite an epic ride for the band to keep their planes soaring. And while the artwork is very striking, I can imagine they might do music for an adult animated movie in the near future. But with The Unknown it is the next logical step for the band’s career. Let’s see what the next adventure awaits for them. 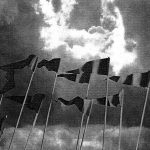