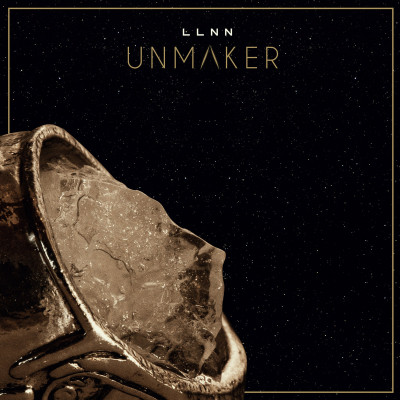 The internet is littered with threads containing opinions on the heaviest bands and a constant amongst them is the variety of genres that are thrown up. Whilst some achieve a heaviness through physical movement with an increased number of notes and beats, the apocalyptic sludge of Danish four piece LLNN takes a ‘less is more’ approach and creates music just as ferocious with far less movement. Unmaker is album number three and it solidifies and ties together everything the band has previously achieved and creates a career best which is without doubt one of the year’s finest heavy albums.

Opening duo ‘Imperial’ and ‘Desecrator’ lay the album’s cards out on the table and each pack different variations of the ingredients on display. There are moments of heavy downtuned riffs along with shimmering post-metal interludes, the bass is monstrously low and the drums are thunderous yet slow and steady. What fills any void around these is a combination of a volcanic vocal delivery and some ice cold synths. From there the band picks and mixes those sounds throughout the rest of the album to give a stunning continuity without wearing out the heavier side.

Even when tracks like ‘Obsidian’ or ‘Forger’ have quieter moments there is always the sense of an unease due to the synth work and it creates a foreboding depth without being traditionally heavy. The constant lunar feel also gives a weight to the album, even allowing instrumental interlude ‘Vakuum’ to feel menacing as it could erupt at any unsuspecting moment. The overriding genres that come to mind are sludge and doom as there are areas that can be musically sparse but at the same time uncompromising in its sheer devastation. When LLNN goes heavy there is an unbelievable power to the sound and the slow, steady control is what really drives that to such a high level.

LLNN are a tremendous force and everything on Unmaker rings of a band perfectly hitting its stride. The vocals are flawless and delivered with passion and often take the music on its journey. The guitar and bass unite to trawl the depths or scale the creators. Those parts combined with the synth help push this into territory that isn’t often covered and gives a unique slant to a truly outstanding album.