(((O))) Review: The Pineapple Thief – Nothing But The Truth (BluRay) 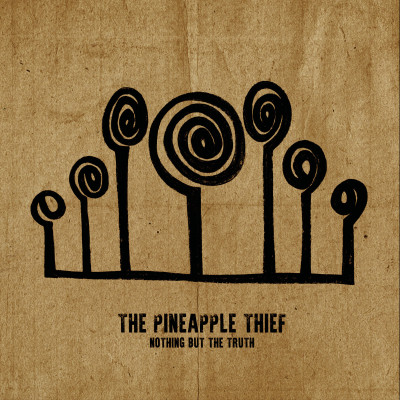 Nothing But The Truth by Pineapple Thief

For any artist, the recent lockdowns have been a difficult time in respect of revenue lost from touring, but for some it has provided time to work on new material. Lockdown albums have become a thing, spurred on by the higher echelons of music royalty such as Taylor Swift and Paul McCartney, both artists who could afford to take the time out. For lower tier artists it has been more difficult with their primary income of touring taken away. This has, in return, given to the rise of the streamed gig which, whilst not a new concept by any stretch, has provided a means to claw back some money and keep the music as a viable concern.

For The Pineapple Thief, the lockdown was devastating as they were about to embark on the tour for new album Versions Of The Truth. Having cemented themselves as primary exponents of progressive rock in the UK, and a new sound heavily fuelled by the powerhouse drumming of Gavin Harrison, the spark had been well and truly been lit, only for it to be snuffed out. Not ones to wallow in remorse, they approached the streaming gig concept with a means of keeping the album alive, and giving themselves a chance to perform.

The results are the excellent Nothing But The Truth, which acts both as a reminder of what a powerful band they have become live, but also as a career roundup so far. In particular, its set-list focusing mainly on the previous three albums, it’s a snapshot of where The Pineapple Thief are right now as a band. Brief forays into the past adorn the album, but it is these songs, and especially the ones culled from Versions Of TheTruth, which really stand out.

Filmed in intimate style, with each member of the band isolated on their own “island” as a camera trolleys around a track, it is both moody and expansive. Lighting is left to a sole spotlight, and minor embellishments, leaving the focus firmly on the band. Striking in its simplicity, it also hides some rather impressive camera work. Indeed, the BluRay also offers a viewpoint from Harrison’s drum-kit.

The set ranges from the dynamic to the more dissonant prog moments, with stand outs being a superb one-two of ‘Demons’ and ‘Driving Like Maniacs’, both from the recent studio album, the now familiar ‘In Exile’, ‘White Mist’ which provides a drumming masterclass from Harrison, and the heaviosity of ‘Break It All’. Topping it all is the epic ‘The Final Thing On My Mind’, which brings the set to a close.

Fans will be familiar with most of the music here, but it also serves as a great taster for the new listener. On the merit of these songs The Pineapple Thief really don’t need to reach back into their now expansive back catalogue as they are very much a band of now. It’s a performance that captivates the audience, and displays the true expansiveness of their music, albeit on usual melancholic terms. That melancholy is only raised by the silence between the songs when there should be applause. A silence made all the louder by their non-existence. It’s not only a souvenir of where the band are at, but also a souvenir of the times.