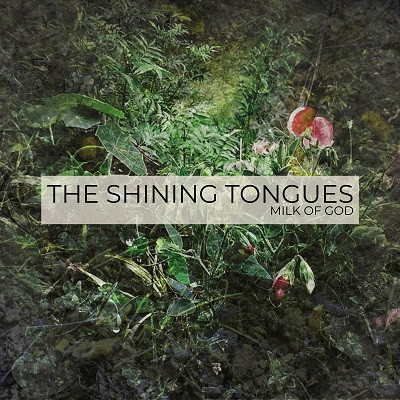 Milk of God by The Shining Tongues

The Shining Tongues are a new project from The Infinite Three’s founder Daniel Knowler. When the original band called it a day after the loss of drummer Paul Middleton passed away in October, 2019, the group didn’t know how to carry on without him. So they decided to call it a day. Cut to 2020 when he reconnected with bassist Sam Mclaughlin to start on another project by combining psychedelia folk, post-punk, and a spaghetti western movie inside your head.

Milk of God is the opposite. It combines these dark and harsh-like atmospheres that Daniel envisioned when recording their debut album last year. And with a little help from Andrea Kerr (KWED), Orlando Harrison (Alabama 3), Lilith Fairchild, Robin Jax, and Simone Bozzato (Scowl), they have brought lots of ingredients to the kitchen table for Daniel to cook something special.

And with its insane maximum power, the gourmet that Daniel has cooked, is filled with a LOT of tabasco and wasabi sauce by making it very hot and spicy for you to eat nonstop! ‘Rice’ is a walking acoustic joint with a rhythmic thumping arrangement. Not only Daniel sings, but he can punch it out in the ring like a boxer, following in the footsteps of Muhammad Ali.
Since I mentioned about thumping beats, there is a mid-rising section for Daniel to transform into a snarling beast, howling at the moon while he channels Tim Bowness with ‘Natural Slab’. Dealing with romantic lyrics and a tragic characterization, the song turns into this intense Mexican stand-off for a final showdown.

You can imagine the soldier has returned home, torn, injured, and exhausted from one of the bloodiest wars fought, dies in front of the woman he loved under his arm. ‘Annihilation’ is the struggle to survive by living in the post-apocalyptic nightmare that we’re living in.

We hear these damning guitars bursting through the flood gates by sending this massive tidal wave ready to destroy an entire city as the opening track, ‘The Idiot Skin’ has these dooming mellotrons! Stomping guitars going up-and-down, it reflects on fame and fortune. But then, you pay the ultimate price for being a target in the Hollywood tabloids.

Crossed between Arcade Fire’s Funeral-era and XTC’s Andy Partridge’s lyrical arrangements, it becomes a sing-along midsection. I have this vision of Steven Wilson handling the production of this song and giving it a massive roaring welcome to its listeners on what they’re about to explore.

The eerie organ vibes on ‘Buildings’, has this country gothic folk structure of Fleetwood Mac’s ‘Gold Dust Woman’. You feel as if you’re lost in the middle of a dangerous snow storm with its cold temperature going down minus 72 degrees. Eruptive explosions come right at you with ‘Is It Fear’.

The moment the rhythm section burst the doors down with a giant battering ram, we as listeners are walking into an asylum. Once we enter the building, the inmates have taken over the loony bin with an iron fist. Mellotron choirs come crawling in as the crazy people are ready for an attack with a brutal end.

Alarming rise section on ‘Humming / Dissolving’, becomes a droning instrumental with this ominous, menacing reminiscent of Tangerine Dream’s Zeit before
Daniel lets it all out by screaming pure bloody murder in this Dalek-like voice on ‘The Undefiled Absorption of Supreme Bliss’. Like a madman shooting bullets out of thin air to create havoc in the city of London, the waltz-like rocker goes into this ramming speed in the middle of a massive firestorm.

‘Make Us Eat’ ends the album in the styles of The Man with No Name trilogy. A mourning finale, with its carousel dystopian organ sound. Then all of a sudden, the rumbling epic percussion sounds come kicking in for the clashing attack of the guitars to come out of the cave by eating more human flesh!

Milk of God is an impressive debut that The Shining Tongues have unleashed this year. It’s like an atom bomb waiting to explode at any second. It delves into the darker side of insanity that Daniel has brought forth. And boy, do we need some of that brutal momentum that has awaited us. 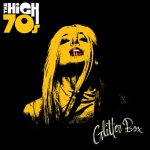