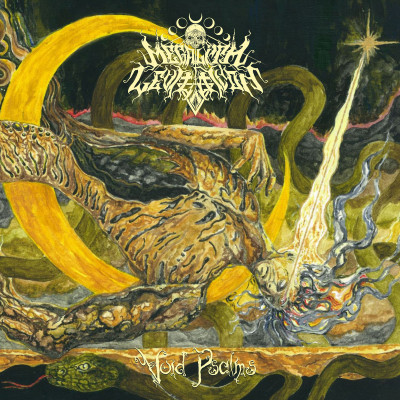 Talk about any doom release and you’ll find the same words being bandied around – monolithic. Lysergic. Earth-shattering. One word that doesn’t get enough traction, though, is ‘arcane’ and yet it’s the first thing that springs to mind when listening to Void Psalms. The second album for Chelyabinsk psychedelic doomsters Megalith Levitation taps into something primal, spiritual and genuinely vast across its four tracks, infusing old-school riffing with left-field meanderings and druidic chants that feel like they could herald the coming of Yog-Sothoth with each line.

The sprawling ‘Phantasmagoric Journey’ opens the record with an immediate sign that Megalith Levitation have come a long way from their already-impressive debut Acid Doom Rites, cutting back on the overwhelming runtimes but still cramming in as much atmosphere, groove and filthy riffing. The tone throughout is practically coated in grime, the lurching riffs all saturated with as much fuzz as the microphones could handle, and though the grooves don’t vary much from what the genre has delivered in the past40 years, when they are coupled with a uniquely monastic delivery style more suited to sermons than slo-mo headbanging, it’s like crawling through a Stygian hellscape in all the right ways.

The two-part ‘Datura Revelations / Lysergic Phantoms’ follows a similarly weighty route but takes care to neatly delineate its varying strains, with the first part doubling down on both the leaden doom guitarwork and on liturgical vocal delivery, both courtesy of the enigmatic SAA. The lyrics are cosmic horror sublimity, “We are the sparks of the fire / That can drown suns in gloom” croaked to a bass-heavy rumble coming across far more impactful than it might have in less worthy hands. ‘Lysergic Phantoms’ sticks to its name and offers a meandering, tripped out journey that’s uniquely unsettling and still resolutely metal and though it doesn’t have the same end-of-days heft, the strange ululating cries that sign the tune off carry their own weight admirably.

There isn’t much in the way of weak links to Megalith Levitation’s sound because you always get exactly what you signed up for and usually a fair bit more, but ‘Temple of Silence / Pillars of Creation’ does get to be frustratingly samey, its first 5 minutes never wavering in their thick, murky sound but never really taking off either. It’s only when it summons its second form that they really let rip and it’s honestly the album’s shining moment. The bass comes through warped and twisted, rippling as though underwater, a blistering solo snakes through empty space for what feels like an eternity, and consciousness-expansion is very much the name of the game. Maybe it’s the contrast between these two disparate sides that really nails ‘Pillars of Creation’s psychedelic journeying but whatever they were trying, it works here.

‘Last Vision’ closes the album out on an odd note, halving the length and upping the tempo in what feels like a hint to future endeavours. The bass is even more cutting, the percussion that little touch sharper and snappier, and even the lyrics feel like there is a greater sense of finality, not just in how they close out the album but in how they seemingly foretell the end of time and existence, the universe’s final collapse into vacuum decay and nothingness brought into sharp focus with lines like, “The sun  is swallowed by the ego of mankind / The source of life was bound by cosmic ice.” Throw in a fevered sax run, a heavy dose of downtuned powerdoom and it feels as if Zu and Om had teamed up to score the Book of Revelations.

On the whole, Void Psalms is a perfection of ideas that the trio already seemed to have a great grasp of, as well as being a truly impressive psychedelic doom album. It journeys to the cosmos at the same time as it explores the psyche and frailties of man, albeit on a grand scale, and in terms of ambition it’s impossible to fault how well they’ve managed to pull it off. On top of that, it just begs to be played loud enough to make furniture (and teeth) rattle, so it’s worth checking out just to give those new speakers a run for their money alone. 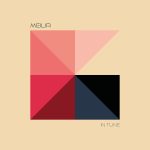 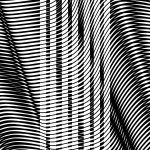 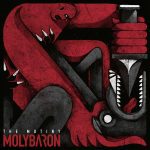