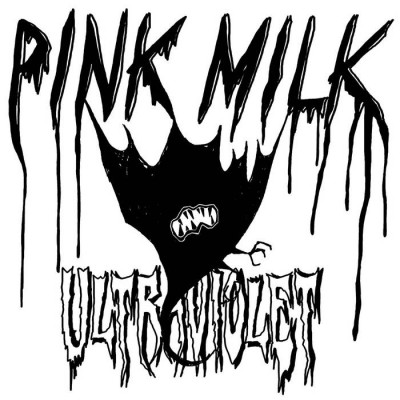 Swedish dark shoegazers Pink Milk released their second album at the end of October. Ultraviolet is a gloomy well of dense noise, cascades of darkness swirling from the pit. Their Spotify profile states they occult music inspired by the 80s. Reverb is their middle name, and it surrounds them like a fort.

Details on the band are skeletal, but their Bandcamp page does say that Maria and Edward Forslund wrote all the music (except the Terminator 2 Theme) and Maria wrote all the lyrics. Reviewers out there will tell you they sound like The Cure or the Cocteau Twins. It’s not until ‘Here Comes the Pain’ that I really notice the CC influence. They also sound rather like Pinkshinyultrablast though, who also delves into the reverb well.

The music is starkly beautiful, as witnessed by the sublime ‘Everything Must Die’. This is an undeniable truth, but do not dwell on the title. Instead, let the skittering swoops of sound wash over you along with Maria’s vocals. ‘Here Comes the Pain’ lets a bit of light in, and underscores musical influences from their formative years. ‘Into the Void’ treads a darker path, but is set alight with airy percussion. Add super rubbery bass lines and I am in darkwave heaven.

‘Blue Eyes (River of Glass)’ ticks along like a bomb with a slow fuse, and its grandeur will please listeners. It comes in as possibly the prettiest song on this release, and its icy dream pop is a style that works well here.

‘Nobody Can Save Me Now’ touches on late period Cure as sort of a sonic stepping stone, but this duo really make this music their own. ‘Luv Hurtz’ and the aptly named ‘Sayonara’ cap off this release. ‘Sayonara’ is funereal, yet another style this group revels in.

Listen on headphones to gain an appreciation for the nuances in this recording. A dark but somewhat hopeful album from these fine purveyors of doomgaze. Highly recommended!