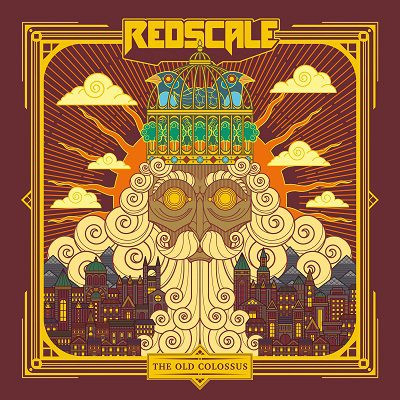 The Old Colossus by Redscale

Holy shit in a fucking handbag! Where is this coming from? In the words of the female spider splicer from the original BioShock game, “Is it someone new?” Oh, hell yeah! Redscale launched back in 2015 in the heart of Berlin. They are a quartet stoner metal band that will make your skin crawl to the bone.

The band considers; Christian Reuter on Guitar, Martin Stabler on Drums, Grant Price on Bass, and Henning Claussen on Lead Vocals and Guitar. Redscale have released two studio albums and a debut EP. This year, they released their third studio album on the Majestic Mountain label entitled, The Old Colossus.

It is a brutal menacing force that carries a package of heart-pounding eruptive metal at is finest! There are stronger vibes between Mastodon, Bigelf, and Motorpsycho rolled into a big, giant Burrito that is mixed in with Wasabi and Tabasco sauce which makes it spicy, red hot!

And with a hypnotic cover done by Sepsyz Art, it strikes a resemblance between Richard Williams’ unfinished animated film, The Thief and the Cobbler and Mastodon’s Crack the Skye and The Hunter. Not only Sepsyz’s cover is very striking, but it tells these captivating twilight zone-sque stories that are about to be told throughout doors opening to parallel universes that will give you an insight of what is to come.

‘Tabula Rasa’ resembles the loss of innocence. Capturing the vibes between Ash Ra Tempel’s sole self-titled debut and the two-part suite of ‘Inner Garden’ from King Crimson’s THRAK album, the two distorted guitars reflects a mirror revealing the true monsters behind the nightmares inside the kingdom.

Henning bears his soul on the vocals while Christian blares out these punching vibes he and Stabler let out on a crescendo to a screeching halt. The title-track is Redscale shouting out to the Egyptian gods with a giant loudspeaker. The first minute of the track begins with an Indian tribe-like sound of the drums.

There is an eruptive fiery explosion channeling Bigelf’s Hex-era in the styles of the opening song, ‘Madhatter.’ Tipping their hat to front man Damon Fox, it would have been cool for the band to use a Mellotron on this song by giving it a full dooming Prog-Rock gem in all of its glory.

‘On The Run’ is a nod to the late, great Peter Green on those introductory riffs from his Fleetwood Mac days. Living inside a dream, the song is a proto-blues-rocking-punk-like anthem that the band walks into a tidal waving drum roll and a bass guitar bullet shooting section that Stabler and Price do in the middle.

‘Hard to Believe’ is an arrangement that has a driven-roaring sound. Redscale are finally taking the skeletons out of the closes with a gigantic bang of revealing the character’s true identity of who he really is. And it’s revealed that he has hurt a lot of the victims by throwing them under the bus.

It is quite a revelation in the song, because the damage for this person is already done. And then once we go into ‘It’s a Death Cult, Baby’, Redscale channels their dooming approach of The Kinks’ Arthur-era and the Detroit motorcycling crunch of Iggy and the Stooges’ sessions for their third and final album, Raw Power.

Now this is where it gets completely an unexpected turn, Redscale are hurling through the cosmos for this space rock approach with a full-engaging turbo speed with maddening touches of Motorpsycho and the Lemmy-era of Hawkwind. The guitars are shooting out starts to create this zooming effect in our solar system.

The first minute on ‘Of Wealth and Taste’, begins with an epic introduction to serve the King’s feast before the mob comes pouring out with a rumbling drum roll. And then, all hell breaks loose.

It becomes this chaotic scenery of the townsfolk having revenge to create a big mess and a shitload of havoc inside the castle by destroying everything with massive chainsaws for a pure ultimate gorefest waiting to happen! ‘At the End’ is the calm after the storm. Claussen sings in the styles of a protest singer with his acoustic guitar, walking through the bloody rubble that has happened.

He sings about how are we going to move forward as we grow old and tell the next generation on how we prevent the same mistake that happened years ago? ‘The Lathe of Heaven’ closes the album with Reuter channeling the Fripp-like textures inspired by David Bowie’s Berlin trilogy from 1977 to 1979.

Not only there’s some snarling riffs of the British Steel period from Judas Priest, but Henning’s chamber-like vocals are crying out to the heavenly skies once more, trying to be free from the nightmare that has happened. It’s a roller-coaster ride ending to bring the curtain down for roaring applause and cheers.

The Old Colossus is a breathing firestorm. It is an album that we badly needed from Redscale. It is a burst of rumbling thunder waiting to happen to bring all of the anger and energy to the forefront. 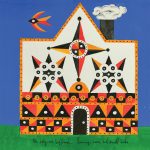 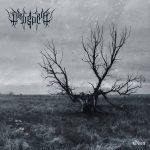 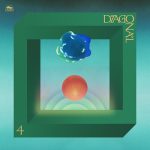