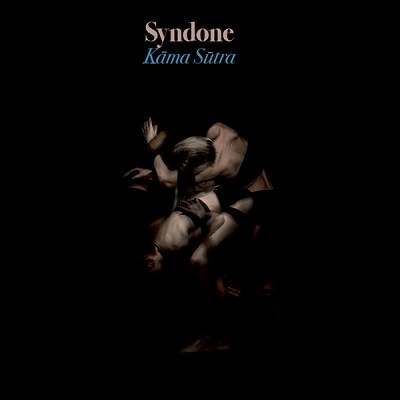 It’s been 32 years since Syndone formed in Turin, Italy by Nik Comoglio. They are perhaps one of the most quintessential Italian Progressive Rock bands to carry the flag of that movement. With seven albums in the can, they’ve worked with artists who worked with them including; Steve and John Hackett, New Trolls’ Vittorio De Scalzi, Marco Minnemann, Viola Nocenzi, and the late, great Ray Thomas of the Moody Blues.

Whenever you put on a Syndone album, it’s like a movie that is brought to life. Whether it is sung both in English and in Italian, you never know what to expect from the band’s music. This year Syndone have released their eighth studio album entitled Kama Sutra released on the Ma.Ra.Cash label.

It is based on an ancient Indian text by philosopher Vātsyāyana. It is written as a guide on the art of loving and achieving sexual pleasure. Now, before you send us any e-mails, (NO E-MAILS PLEASE!) it is quite a challenge to tackle the subject matter for Syndone to make a concept album on the bible of all bibles of pertaining pleasure faculties of human life. Now have I tried the Kama Sutra? Hell to the No! And that’s all I have to say.

And to be allowed to have Van der Graaf Generator’s David Jackson, Annie Barbazza, church organist Gianluca Cagnani, and flautist Andrea Manco to name a few, I can imagine for them that it is going to be a bumpy ride to explore the visual stories of the Kama Sutra. Partly pastoral, swing, operatic, heavy, and symphonic, it is Syndone at their very best.

From the droning sitar introduction on ‘It’s Only Make Believin’ it becomes a snarling texture between Crimson-sque riffs and the swinging styles of the Diablo Swing Orchestra as Ruggeri’s vocals resembles Danny Elfman. You can hear propulsive vibes in the midsection as the Hammond Organ and Moog Synthesizers dueling each other for both Rubinato’s Bass and Franco’s drum work going for these stop-and-go segments.

When I hear Barbazza on ‘Nirvana’, she lends Ruggeri a helping hand on the vocals. The music has these creepy string sections along with booming piano grooves by Rivetti as the arrangements itself make it sound like a snake serpentine ready to attack at any second.

‘Carousel’ has these mood changes for the piano to transform into a Gershwin-sque style from the suite, ‘Rhapsody in Blue’. Syndone know their classical jazz genre very well. It creates these intensive sequences to make the merry-go-round even faster in full ramming speed!

‘Into the Karma’ is the calm after the storm. Rivetti gives the band members a bit of a break so that he, Ruggeri, and Barbazza share another duet together in the middle of a deserted landscape. David’s sax comes in for the flutes to set the doors open for both Andrea Manro and Vincent Boniface.

For Ruggeri and Barbazza, it’s almost as if they had written this song for both Tim Burton’s characters Jack Skellington and Sally from the 1993 cult classic, The Nightmare Before Christmas. With its continuation of these exotic landscapes, you can hear Caldara’s unexpected vibraphones to give Franco and Diggiani’s sitar for the last minute of the piece by creating an Earthquake sound for the Budapest Scoring Symphonic Orchestra.

Now this is where it starts to get really motherfucking crazy like there’s no tomorrow! On ‘Bitches’, the Hammonds are like sharks ready to eat its prey during the sexual orientations. Double-tracking vocals and Rubinato’s Bass lines laying down the law. I can almost imagine Syndone paying homage to Gentle Giant’s Acquiring the Taste-era with heavier arrangements.

‘You Still Shine’ sees Ruggeri channeling a young Stevie Wonder with its classic Motown sound that the band takes over as Rivetti tips his hat to Johnny Costa’s theme to the PBS kids show, Mister Rogers Neighborhood. ‘Sex Toys R Us’ goes for the beat-poet textures I can hear in the song.

I see a young Adrian Belew during the King Crimson Discipline-era transforming into Allen Ginsberg in this song featuring these exotic strings, snarling bass lines, and roaring organs ready to go for the big one! When you hear Jackson’s sax wailing, he’s ready to go for the attack while ‘Thousand 10’ is Rubinato taking center stage on his Bass. He takes his instrument into these mysterious passage ways in the heart of a middle-eastern atmosphere.

‘Sacred & Profane’ has these smoky vibrations set in the heart of late 1950s Paris. Syndone goes for a Jazzier route once more with some wah-wah keyboard effects. The last two minutes of the piece is turned into an alarming section for the band to bring the curtain down in its last two compositions.

‘We Are The World We Created’ sees Zago’s arrangements for the string section transforming its textures of film composer Wojciech Kilar and his textures for the French surreal animated classic, Le Roi et L’Oiseau (The King and the Mockingbird). There’s a reprise from the Odysséas album that brings it full circle.

‘Peace on Earth’ closes the Kama Sutra story as it brings everything to a standstill. It’s almost as if Syndone are looking at the stratosphere of India after leaving the temple of their intensive challenges they embarked on. It ends on a crescendo, knowing that they still got it and they made it through the light at the end of the tunnel.

This was quite a thrill ride I embarked on. Syndone’s music always makes want to prepare for the danger that awaits me. And for Kama Sutra, this was the next logical step for the group to push that envelope even further.