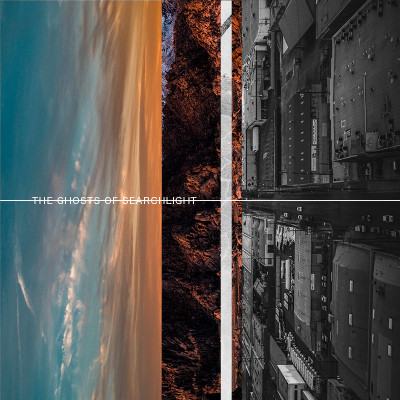 Sprawl by The Ghosts of Searchlight

How do you musically cover a desert, in this case, a Mojave Desert, which lies somewhere between the West U.S. Pacific Coast and Las Vegas as the other focal point?

There could be quite a few ways actually and many artists have gone down quite a few paths, but guitarist Brian Horn and his The Ghosts of Searchlight seem to be trying to add a new musical twist or twists to the Mojave musical soundtrack, if you will, with their latest album ‘Sprawl.’

Instrumental post-rock variations akin to Explosions In The Sky might come first to mind as a possible approach, and Horn and The Ghosts of Searchlight don’t shy away from that concept.

Yet, that could certainly fit the Las Vegas part of the story, or that half of the Mojave. Horn and his crew add another element to that approach that you can possibly say covers the other part of the equation, the one that borders with the Pacific Coast, and that is the surf guitar sound. Actually, a very agitated and loud surf guitar sound that at moments borders with heavy rock.

And they don’t stop there, Farfisa organs, mandolins and a few other elements keep cropping in and out of their sound here, just like something cropping up in the desert that actually shouldn’t be there, but actually fits in nonetheless.

Actually, that is exactly the way the music flows on ‘Sprawl’ interspersed with radio announcer-like spoken parts, the ones you would probably hear on your radio driving through the desert.

The Ghosts of Searchlight obviously know the Mojave Desert inside and out, as the band name comes from a small silver mining town in the Mojave.

That deep knowledge and feel of the Mojave Desert have actually been transferred to the music with ease and a sense of vision that makes it truly work.