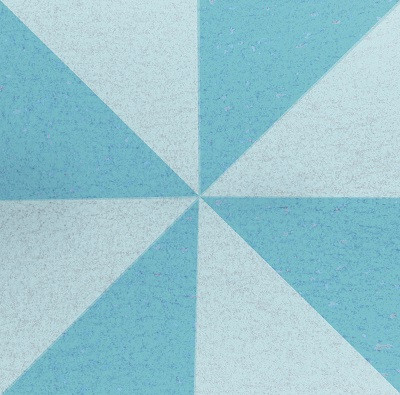 Listening to Jack Ellister’s music is like looking through a wall of glass. It reveals this amazing future, knowing where it will take us in the years to come. It’s a challenging release that he’s unleashed. Lichtpyramide II is an installment to the first Lichtpyramide. And this time, he’s taking listeners beyond the stratosphere.

The genesis of Lichtpyramide came from Jack himself. What he wanted to do is combine neo-Kraut and Kosmische musik with keyboards, guitars, effect pedals, various spoken languages, you get the general idea. This is quite a journey that Ellister has brought inside his crystal ball by showing us the 22nd and 23rd century. And it is fantastic, weird, and surreal.

The collaboration with Sula Bassana on both ‘Rotierende Reisenbaum’ and ‘Noorderlicht’, he gives Sula carte blanche by going as far as he can go. You can hear aspects from Aphrodite’s Child’s 666-era and the classic Sega Genesis game, Ecco the Dolphin thrown in. Sula delves deeper into the cavernous salty waters that is filled with a mystery that is quite tricky to solve.

‘Polonium’ could really get you up-and-running for an exercise routing channeling Terry Riley and the Phaedra sessions from Tangerine Dream. The sound of synthesized raindrops and static effects from a shortwave radio, makes you want to tune-in and drop out for a ‘Radio Message from Kepler-186F’.

The two acid folk sounds on ‘Genesis: Otwarcie’ and ‘Genese: Stadt Land Fluss’ has these strange textures with Jack speaking in German. He sends a message throughout the intercom, letting the people of the good city know that everything’s okay, but with a foot-stomping pedal to the medal.

‘Fragestellung’ is a moody, dark, and disturbing composition. Here, Jack dives into Pink Floyd’s Atom Heart Mother-era by eating the delicious acoustic turned electric wah-wah sections from ‘Alan’s Psychedelic Breakfast’. However, there is some Doors-like vibe as the eerie cries of a flute descends into the darkness with another spoken dialogue.

‘Kuiper Belt Excursion’ becomes this De Wolfe-like structure that you would hear as a child in the late ‘80s of the Random House radio drama-like series of the Teenage Mutant Ninja Turtles Adventures that would send shivers down your spine when the music grabs your attention unexpectedly. Ellister has really upped his game with Lichtpyramide II.

He takes it a step further by channeling his listeners by going into these bizarre exotic locations that will take you by surprise. And this is quite the Post-Thanksgiving present that we need after we fill up all that Turkey and Cranberry Sauce filled with LSD and hallucinated mushrooms.