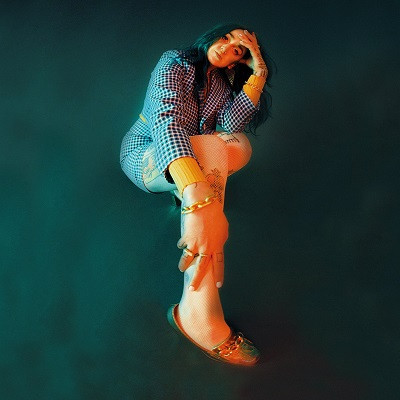 Works and Days by Alina Valentina

When you hear a name like Alina Valentina, it is a very striking name. Almost like David Bowie, Robert Fripp, Prince, and Bryan Ferry, four of those names are like lightning bolts waiting to happen at the right moment. Alina comes from The Hague in the Netherlands. She has a strong inspiration from video game music, film scores, and the nod to John Carpenter’s synths rolled into one.

Her debut album Works and Days go beyond these dark-like textures set in the futuristic ‘80s with synthesizers and electro-drum beats that have a “Lynchian” exploration. It goes further from the nightmares that Valentina has unleashed. The name of her debut comes from ancient Greek poet Hesiod. It describes the details over two truths; one is that the labor is a universal scenery with a lot of man, but he is who is willing to work, will get by.

Both ‘What You Are’ and ‘True Romance’ are like a crossover between a collaboration from Tangerine Dream’s Edgar Froese and the Freedom of Choice-era by Devo. She combines the two as one. She sings these two songs in a darker melodic take of ‘Gates of Steel’, but in a train ride that takes us into the unknown. Opener, ‘That Thing Behind The Wall’ goes for a dark adventure that has the doors waiting to be opened.

You can hear some of the Post-Punk and Krautrock approach from Joy Division, Cluster, Klaus Schulze, and Kraftwerk’s Trans-Europa Express. It blends into this hallucinated nightmare that Alina has given detail on what is to come. But listening to the title-track, it becomes a synth-punk arrangement that could have been used as a score for Sofia Coppola’s 1999 debut film, The Virgin Suicides.

Listening to the drum beat in that song, it adds more detail by giving listeners more clues and mysteries behind the downfall of the Lisbon sisters while
‘Sick of You’ feels like you are inside this futuristic wasteland that is taken straight from the original Netflix animated series, Arcade: League of Legends. But it’s the swirling synthesized loops on ‘Babel Fish’ that makes Blondie do a score for a video game with Deborah Harry’s blessing to pass the torch to Alina herself.

Works and Days are the spreading wings for Alina to fly upwards into the heavenly sky. She has so much energy that she’s brought to the table with her debut album released this year. And while this is her first album, she is just getting started. Because this is only just the beginning to see what she will think of next in the years to come throughout the roaring ‘20s.