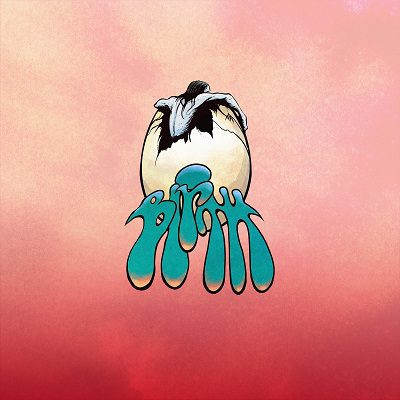 It’s the summer of 2009, I was taking the summer break after going through another semester at College. I had remembered that back in March Classic Rock Magazine announced that they were doing a spin-off covering the music of Progressive Rock. I went ahead to the Borders shop and bought the first issue right then and there. For me, it was like nothing I’ve ever read before. It wasn’t just covering the old, but the new prog-rock bands that had caught my eye.

One of those bands from the first issue was a band from the San Diego area called, Astra. Originally formed in 2001 under the name, Silver Sunshine, the band consisted of Richard Vaughn on Keyboards, Guitar, and Vocals, Conor Riley on Vocals, Guitar, Mellotron, Stuart Sclater on Bass Guitar, David Hurley on drums and flute, and Brian Ellis on Guitar, Moog, and Vocals. Their debut album took about three or four months to record and was titled, The Weirding.

Then in 2012, Astra followed up that release with The Black Chord. Both of those albums were like a sonic adventure inside your head. It proved that the progressive genre didn’t just consist of bands such as Dream Theater and The Flower Kings, the band took it one step further, carrying the essence of sounds between the European and Italian progressive voyages from the golden era of the 1970s, as Richard Vaughn explained to Malcolm Dome in the Prognosis article from the first issue of PROG Magazine from April 2009. “Most of our inspirations came from the psychedelic and progressive scenes over there.” He further added,  “Bands like Aphrodite’s Child, Magma, Yes, King Crimson, Pink Floyd, plus a lot of Italian names as well.”

Ten years later, we haven’t heard much from them after the release of The Black Chord, but something has crept upon the castle foyer. Some of the members from Astra have teamed up with Birth, Psicomagia’s rhythm section. Birth are signed to the Bad Omen label and their demo self-titled EP was released via Tee Pee Records last year. Their debut EP is the Prog-Rock voyage we have been waiting for.

Astra’s Conor Riley and Brian Ellis have teamed up Trevor Mist and drummer Paul Marrone on this recording. With Birth’s debut EP, they’ve thrown the rule book into the fire. The EP is so action-packed, it could be the soundtrack to any comic book whether it be DC, Marvel, or the illustrated fantasy magazine Heavy Metal. Leveling up to a 100 maximum voltage, Birth’s sole self-titled debut EP is like a movie playing inside our heads.

The opening track, ‘Descending Us’ welcomes the listener with a keyboard fanfare introduction. Riley’s acoustic and Ellis’ sliding guitar textures, move you along, guiding you through space and time. Like something straight out of Premiata Forneria Marconi’s Storia di un Minuto and Deep Purple’s In Rock, the midsection does remind me of both ‘La Carozza di Hans’ and the epic ‘Child in Time’.

Brian channels the striking thunders of Ritchie Blackmore but cries out to the gods throughout his arpeggiated horse-riding adventures as the synthesizers take us towards a different planet with Marrone’s drumming exercise.  The guitars in ‘Cosmic Tears’ have a train chugging groove.

You can hear Riley tipping his mad hattering hat towards the land of the grey and pink in the Canterbury atmospheres with melodic textures he and Brian share. Then, Mellotron’s galore! With spacey vibrations, there’s an insane midsection channeling Steve Howe’s intensive textures on ‘Close to the Edge’ as Mast’s bass lines sets up the countdown of Dave Bowman’s journey into the Monolith, to finish where he left off.

The closing track, ‘The Long Way Down’ meets the listener with a crescendo opening, as more volcanic mellotrons and snake-like guitar structures make way for Ellis to channel John McLaughlin’s voyage into the Inner Mounting Flame from the Mahavishnu Orchestra, laying down those bluesy cries.

The finale seems to have a dueling battle cry finale between Ellis and Riley where they seem to channel each other, while giving a nod to Purson’s Desire’s Magic Theatre and Rosalie Cunningham. While this is just a taste of what is to come, Birth’s debut EP is worth checking out. It is almost a continuation of where they left off between The Weirding and The Black Chord. As they’re working on their first full-length album, expected to be released sometime this year, I suspect they are just warming up.