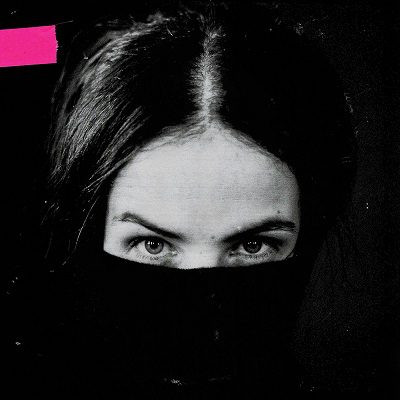 Acts of Rebellion by Ela Minus

Something has lurked up right behind you as it crawls up your spine very smoothly. Ela Minus is one of the new artists that combines electronic, techno, punk, and pop into one delicious protein smoothie. She uses her synthesizers to compose, arrange, perform, and sing. Believe me, Ela can sing very well.

Started originally playing in a hardcore punk band before delving into keyboards. Originally from Bogota, Colombia and moving into the Big Apple, she enrolled at the Berklee College of Music in Boston for four years and studied with Jazz drumming legend, Terri Lyne Carrington. Not only she majored in Jazz drumming, but synthesizer design also.

You could tell that Ela wanted to do something different. Something that was far better than being in a band. She is her own instrument with her debut album on the Domino label, Acts of Rebellion. The album’s theme is about embracing the beauty of tiny acts of revolution in our everyday lives.

And the sense of urgency and a call to arms that is combined with love and appreciation for reality. Ela’s message on Acts of Rebellion is quite a strong statement for what she has brought to the table. The interaction is quite a challenge. Believe me, Ela hammers it down so well, you really don’t want to mess with her, big time. Because when you listen to her debut album, she can knock you out with her own version of a giant battering ram.

The heavenly synthesized glory of ‘N19 5NF’ opens up the pearly gates as a celebration is awaiting our arrival. It’s quite an introduction to reveal that the party has just started as the synths grow bigger and bigger before segueing into a dance groove while Ela sings in a haiku style arrangement on ‘They Told Us It Was Hard, But They Were Wrong.’

Quite an alarming Morse code textures that is used on the second track, but Ela sends a message to everyone that the next batch of trouble is only going to get worse. Then it becomes a trip-hop punch between Underworld’s ‘Born Slippy’ and Synth-Punk duo Suicide on ‘El Cielo No Es De Nadie (Heaven Belongs to Nobody)’ while diving into the world of the video game music from the Sega Genesis console for the ‘Megapunk’ textures that resembles Wooden Shjips ‘We Ask You To Ride.’

Then, Ela takes a break with three instrumental takes before she heads back into the boxing ring again. The take on how social media and the trolls have made everything a massive shit show by taking over the asylum with an Eno-sque atmosphere on ‘Let Them Have the Internet’. ‘Do Whatever You Want, All The Time’ makes her the master of ceremonies.

She comes onstage in a massive club and having a sense of freedom by taking us into the hottest part of the jungle while giving listeners a soft-warm relaxation with ‘Pocket Piano’. Now she’s entering the ring with her boxing gloves with her own synth-like ring once more by preparing to fight back another opponent with female boxing legend, Claressa Shields by her side.

It has this lullaby ending that is on the final track. You feel another sort of relaxation by letting listeners know that it’s okay to send one last goodbye, before the next adventure awaits us in the years to come. Now I don’t know how to say this, but Ela brings her debut like a blooming flower ready to explode. Not only she’s warming up, but she’s got enough magic tricks up her sleeve, hopefully for the next follow-up in the roaring ‘20s.