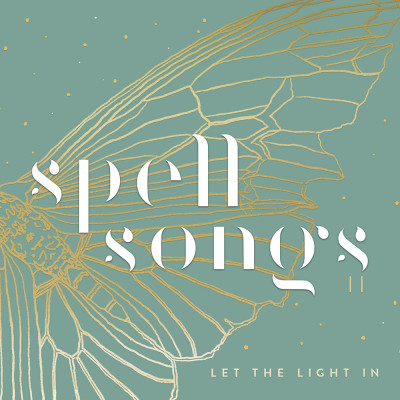 It is not the first time around that musicians have attempted to transfer a book into music. Usually, such a concept has quite a few hurdles, like when do you turn words into music and when do you keep them as lyrics?

Yet, that is not the only problem, and very often the results are patchy, sometimes dismal. Still, what the collective that goes under the name of Spell Songs has attempted on ‘Spell Songs II: Let The Light In’ compounds the potential problems by quite a few multipliers.

Actually, the ‘problems’ were set in with their initial release ‘The Lost Words,’ a book written by nature writer Robert Macfarlane and with illustrations provided by Jackie Morris. It was a concept born in response to nature words being dropped from a standard Children’s English Dictionary. It grew from there to become a much broader protest at the loss of the natural world around us.

The album itself was a collaboration between songwriters Karine Polwart, Julie Fowlis, Seckou Keita, Kris Dever, Rachel Newton, Beth Porter, and Jim Molyneux to collaborate with their own musical interpretations. The album turned out to be both a musical and commercial success.

‘Spell Songs II: Let The Light In’ is actually a continuation of the concept and ideas from the first one, with the 15-track collection drawing inspiration from the creatures, art, and language in the acclaimed book The Lost Words and, in addition, the recently published The Lost Spells (also authored and illustrated by Robert Macfarlane and Jackie Morris respectively) giving voice and presence to birds, animals, and flora.

Again, a concept full of possible musical and lyrical hurdles, but as with the first album, the collective is able to surmount those hurdles admirably, infusing their folk tinges (from Celtic to across the world) with some subtly complex melodies with the book-inspired lyrics.

The key to why it works is that it is all done without becoming pretentious, as both the music and lyrics keep that essential balance to make the whole thing work. A very intriguing listen.