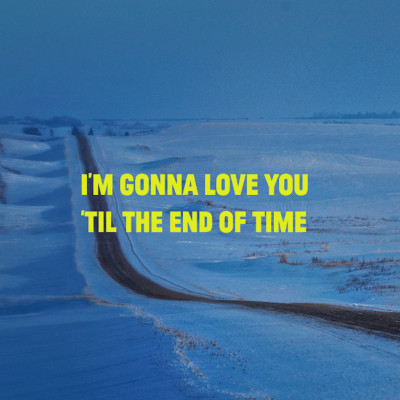 Saskatoon is certainly a place of extremes, especially when it comes to its weather. From its temperate summers bursting out of the arid landscape, coupled with thunderstorms to wet the air, followed by winters that last forever, it’s indifference to alleviating pressures on everyday life endure through the music of Christopher Laramee who, when not scorching the earth with the garage psych of The Switching Yard, or the space rock of Shooting Guns, not to mention Radiation Flowers whose home lies firmly within the shoe-gaze scene, is finding ambient soundscapes to reflect this movie called life.

Wasted Cathedral (Laramee’s solo project) is an esoteric attempt to capture snapshots of everyday moments within music. A soundtrack of scenes that have never been written, only lived, the music drifts from symphonic drones, to ambient calm, often with a sense that the music is there to colour, or shade, rather than to forcefully guide the way. It’s headphone music, relying on the listener to engage with it and to make up their own stories and emotions. Perhaps this idea of a “soundtrack” turns it into the antithesis of psych music as it casts an unnerving reality over you. Here the music is stark, driven by either climate, urban movements, or the soft hum of machinery. There is no unreality within it.

It’s a boldness that overcomes your senses, and the short 39 minutes of this album, I’m Gonna Love You Til The End Of Time, seems much shorter. A brief glance at the track titles reveals no sense of location, as the truth reveals itself to be much further along the journey. Before you know it, ‘Alan Parson Stairway’ has now merged into ‘Realistic Beat’ and you’re none the wiser as to what has happened in between apart from a feeling that you have been drifting along a landscape of extremes as part of the wind and sound of life. It’s the kind of music that Tangerine Dream used to knock out back in the days of Phaedra, and although you may expect some kind of beat or rhythm from a title such as ‘Realistic Beat’, you instead find an almost tribal drone evoking the undulations of a land continuously changing through seasons.

Laramee leaves us on an upbeat theme with the gorgeous ‘Trees’ which is a summation of all that has gone before in that it encapsulates the mood of the album. It offered a moment of reflection in a world which is quite frankly, a little crazy. That it takes someone from the depths of Saskatoon to psychologically link with you and provide respite from whatever fears you may have, even if it is just for a few tens of minutes, is a remarkable feat and proves the ever known theory that music simply connects everyone in some way or other. Laramee’s soundtracks tap into a deep feeling that we are all linked in some way by the tremendous power of movement, life, and living, and that within the hectic moments of life, a peace can be found within the hushed ambient tones of everyday life. It’s a somewhat relaxing thought to know we are not alone.