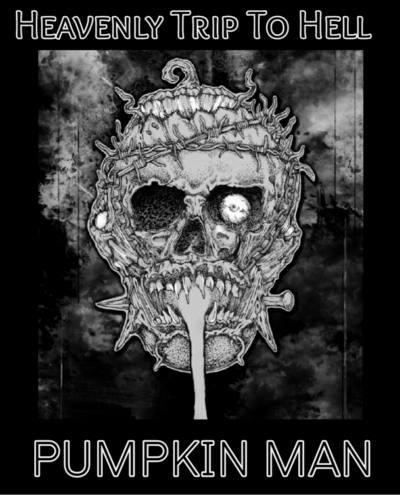 Those fans of all forms of metal who were present at some of Body Count or The Dead Kennedys concerts (when concerts were going on a few years back), might have had a chance to encounter Heavenly Trip To Hell (HTTH), a Californian industrial metal quintet (Gerardo Christ – vocals, Sergio Natas – bass, Vicky Vicious – synth, keyboards, Kurt Thompson – guitar, Jose Soto – drums), who now re-emerge from the Covid-19 quagmire with Pumpkin Man, their new EP.

Or, those fans have maybe seen Road Dogs, a documentary which followed the craziest and most extreme L.A. bands for four years on tour, since the band’s music was also featured there. You see (and hear), on Pumpkin Man HTTH in many ways recreate what it is like to be in a metal rock band, as it is, they say, songs based on real stories, real life, and real struggle.

As they put it, “our new EP Pumpkin Man is inspired by the dangers of rock and roll. They are all songs about real life and real tragedy. Because rock and roll can be really dangerous. No money, fast drugs, fast women, fast death.”

To be able to channel such stories and ideas through any brand of metal music, you have to have quite a high level of musical skill and abundance of both physical and mental energy to come up anything that will represent good and listenable metal.

Through the four tracks here, from the opening title track to the closing ‘Arturo Huizar’, HTTH exhibit both instrumental and vocal prowess and such high levels of energy to make their brand of industrial metal actually matter to any fan of the genre. 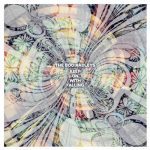