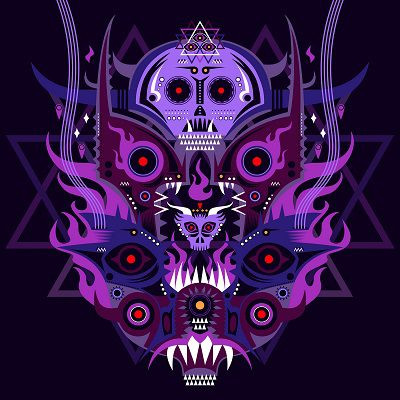 One of the most surprising things about Brazilians own Kosmovoid is that they take listeners beyond the stratosphere. Throughout the dark landscapes and ominous voyages on Space Demon, it’s quite the ride.

There’s no denying that Kosmovoid take it a step further with intensive synthesisers and brutal Indian tribe basses and drum exercises. There are some mind-boggling momentum on Kosmovoid’s album; travelling down to a hallucinated acid trip with the ‘Parasite Replication (EXT V)’, a droning nightmare reminiscing Agitation Free’s ‘Haunted Island’.

A chaotic venture that waits around the corner. ‘Mesozoic Era’ is as post-rock and new wave nod of the late ‘70s, early ‘80s. It becomes a walk into the Berlin trilogy of Bowie’s ‘V-2 Schneider’ and ‘A New Career in a New Town’ between the Heroes and Low period, with a little help from Brian Eno’s production mixes that Kosmovoid channel.

But just as it starts to go batshit crazy, the thumping grooves on ‘Retrogram’ prepares itself for this rocket ship for blast-off with Kosmovoid and The Amorphous Androgynous on board by making the jump to light-speed. Oh, we ain’t done with those Space Demons yet.

Take a deep musique-free-jazz sound with a wild sax improvisation, percussions going off the charts, and with an alarming noise containing more messages back to Earth, it welcomes a clock-ticking arrangement by asking citizens the big question, ‘Is the Monster Dead?’

Space Demon ends with a ghost-town world, adding in some 8-bit video game sounds from the original Nintendo console. ‘Farewell Cosmic Aberration’ is a dooming psychedelia cliffhanger that Kosmovoid bring into the picture, not knowing what will happen next.

My result after exploring the world on Kosmovoid’s Space Demon, it is mad, insane, and weird, but it fucking works! This is the band showcasing their most challenging releases from last year. What can I say, I love to hear music going in for those massive challenges that’ll shit your pants when you put on Space Demon on. 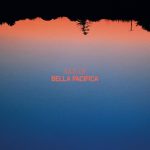