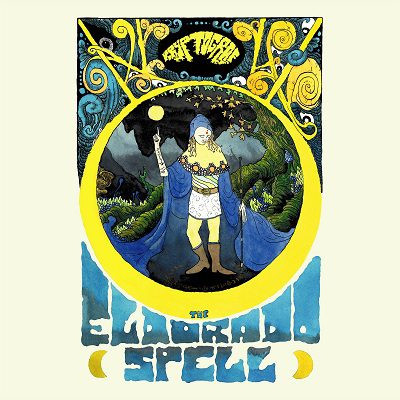 The Eldorado Spell by Kryptograf

Formed in 2019 in their hometown of Bergen, Vestland, Kryptograf are taking aspects between occult music and prog combined as one. It’s been two years since their sole self-titled debut, now in 2022 the band bring all of that energy juice with them on their latest follow-up, The Eldorado Spell.

Released on the Apollon Records label, it is a very catchy title. It’s almost like a story told by Jean “Mœbius” Giraud, featuring this amazing illustration done by French artist, Philippe Druillet for the adult illustrated fantasy magazine, Heavy Metal. But for Kryptograf, they get down to business for the second release.

The truck chugging opener, ‘Asphodel’, becomes a riding riff from the guitars and drum work that Arntsen, Strand, and Mikkelsen create by adding this heavier improvisation before the engines are revved up and ready to go into this dooming flamenco twist in the styles of Miles Davis’ ‘All Blues’ for that delicious taste of the jazz genre.

Like a cross between Ottmar Liebert, Purson’s George Hudson, and Hedvig Mollestad, fire increases the sound to make the vibrations bigger, louder, and nastier than ever! ‘Cosmic Suicide’ is pure energetic punches by combining the Blood Ceremony sound from the sessions of Living with the Ancients as they continue where ‘The Great God Pan’ had left off.

It has some Who-like vibes along with the vocals by going into some reverb attack that shreds all over the whole town. Not to mention some cowbell effects. The bowing to Satan gets even more terrifying as they go for some volcanic chords and high vocal styles of a young Ozzy Osbourne from the Sabbath Bloody Sabbath years by shaking ‘Lucifer’s Hand’. I think I heard some organ work in the background on the last section of the composition as the arrangements get closer by reaching the finish line before it returns to the coda with a swirling whirlpool of terror.

‘Across the Creek’ and the mellotronic ‘Wormwood’ are both a calming break for Kryptograf as they break out into a sun rising effect on their acoustic guitars by reaching the mountain top to watch the sound go down whilst the title track is ready for the band to go back on the road once more.

From Moen’s flamenco bass with a wah-wah introduction, the band walk into this spaghetti western by Sergio Leone, knowing that they have an uphill battle before the terror reigns down on them. Then it becomes an epic showdown as the group become Sam Peckinpah’s next generation of The Wild Bunch as they walk towards their death with a death-tolling signal for the guitars on ‘The Spiral.’

‘When the Witches’ has suddenly transformed itself into a deadly cat-and-mouse chase, done in the styles of early Alice Cooper and Van der Graaf Generator’s 8-minute epic, ‘Killer.’ This is where you begin to dig out your golden-era of true prog and hard rock albums that came out of the swirling Vertigo label as the exotic blues improvisation, becomes a crying to the gods.

‘The Well’ makes a return to Sabbath city in the style of ‘Jack the Stripper / Faeries Wear Boots’ by driving home into the cold Norwegian highway, knowing that Kryptograf have done their jobs very well. The Eldorado Spell is a terrifying gem that the band unleashed this year.

It’s also my first rodeo hearing the band’s music. And Kryptograf have kept the flags between doom and progressive rock waving. I can imagine they’re going to get enough ammunition for more upcoming releases in the roaring ‘20s. 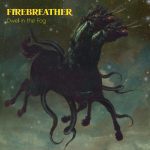