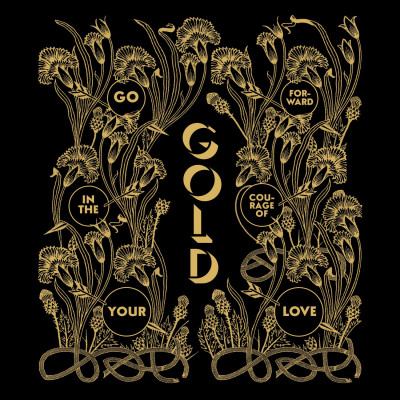 Gus Fairbairn, aka Alabaster DePlume, came to the forefront with his all instrumental album To Cy & Lee: Instrumentals Vol. 1 back in 2020.

Yet Fairbairn has a staunch fan base in London as a poet and orator and songs that support and inspire. That is exactly where he sets Gold, his latest album. His saxophone playing that led his previous album, obviously inspired by the great Ethiopian Getatchew Mekurya is all over this album too, but Fairbern presents both his soft-voiced singing, and snippets of his oratorical capabilities.

As he explains, “One of the things that’s key to my practice is destroying the idea of correct. When I was a teenager, I made a rock band and nothing was in 4/4”, he says. “Eventually I hammered out the tendency to four. I do it in the way it’s not usually done”.

Fairbern plays his saxophone out of the side of his mouth, and he notes: “I learned to play saxophone by getting drunk every night and playing music for fun with them”, he says. “This method of learning the instrument allowed me to learn to play it in an unusual way”.

Musically, Fairbern moves from Ethipiques-style sax-driven songs to reggae dub toasting to jazz, singer-songwriter balladry (‘I’m Gonna Say Seven’) and further on. Lyrically, he tries to stress out  anything that is positive and human with one overriding message: “Don’t forget you’re precious”.

The effect of his musical/lyrical combination is quite mesmerising throughout ‘Gold’ with some quite impressive moments like on ‘The Sound Of My Feet On This Earth Is A Song To Your Spirit.’ the title of the song telling it all.

Pure gold, if you will.