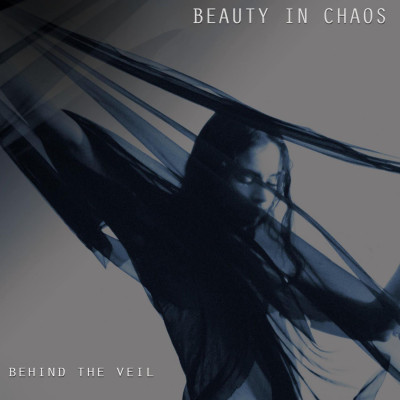 Behind The Veil by Beauty In Chaos

The eighties were the decade when the trend to devise as many genre categories as possible, both the critics and fans was in vogue, yet it was also the decade when all those newly devised genres, say gothic and ethereal overlapped more than you could discern between them.

It seems to be exactly the decade, exactly the method and exactly the genre mixture L.A. collective Beauty In Chaos employs on their latest release Behind The Veil. Here, the sound of such eighties innovators and stalwarts as The Cure, Cocteau Twins, This Mortal Coil and Echo & The Bunnymen, to list just a few, serve as a source and springboard for  the core of Tish Ciravolo, Michael Rozon and Michael Ciravolo to lay the base for an all-female vocal cast  (six in all – Tish Ciravolo, Cinthya Hussey, Betsy Martin, Whitney Tai, Elena Alice Fossi and Pinky Turzo) to come up with their vision of that multi-genre sound, both musically and lyrically.

In a way, they in many ways follow in the footsteps of This Mortal Coil here, both in the diversity of sound and vocal interpreters, but keeping along that prevailing dark mood, giving also an alternate version and vision through a set of remixes  by yet of another set of guests, giving Behind The Veil another dimension and another set of possibilities for the listeners to hear what is actually behind that veil after all.