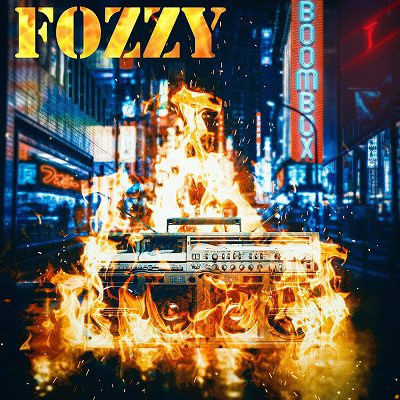 Hard to believe, but it’s been 23 years since Chris Jericho launched Fozzy with guitarist Rich Ward and drummer Frank Fontsere. With seven albums in the can, Fozzy keeps that flaming fire burning brighter than ever. Now say what you want about Chris Jericho, but he is a true master when it comes to being a busy, busy man.

Apart from being a wrestler in the WWE, ECW, WCW, NJPW, and with AEW since 2019, he has a great personality. From hosting his own podcast with Talk is Jericho, narrating seasons 2 and 3 for VICE’s acclaimed series Dark Side of the Ring, and doing comedy, television, movies, and launching his own cruise with the Rock ‘N’ Wrestling Rager at Sea, Fozzy is the one thing that’s inside his heart.

The new album Boombox, which is a follow-up to 2017’s Judas, is a crunchy, powerful, and explosive release that the mad scientists have unleashed for 2022. While I’m not a massive fan of Fozzy’s music, I have to say their new album is an electrical spark waiting to happen.

‘Sane’ open the album up with a needle hitting record. It kicks into maximum overdrive from Brooks and Fontsere as they open the door for Chris to get inside their version of a ‘58 corvette, riding off into the night.

Once he gets inside the car, Fozzy channels the melodic sections from Within Temptation’s The Silent Force-era as Jericho screams his heart out, dealing with the struggles he had to go through by not backing down without a fight.

You can hear in the last minute, a sequence to ‘Stand My Ground’ as Fozzy goes for a symphonic approach to honour the band’s work as the fire rages on with rising guitar lines letting listeners know that the war is still going on. ‘I Still Burn’ tackles the themes of domestic abuse.

For Jericho to tackle on the subject matter, he hits it very hard by letting the survivors know that they aren’t in the woods, but they’re plenty others who are going through the same situation that they’re in. Meanwhile, Fozzy puts the pedal to the metal channeling the textures of Alex Lifeson and K.K. Downing that Ward and Grey duke it out in the ring for ‘Purifier.’

‘Army of One’ is the calm after the storm throughout the first three tracks. They bring back the melodic touches once more by dealing with the survivors of war. Once they return home, getting back to normal becomes even difficult for them as the images of the bloody aftermath, sounds of gunfire, losing army buddies in the ambushes, it’s a nightmare waiting to happen.

Quite an emotional composition on the themes of PTSD. But for Fontsere, he gives Grey and Ward ideas on where he wants to go next. Like a conductor in a symphony orchestra, Jericho comes in by bringing the band members as one massive circle.

Fozzy returns to the subject of abuse once more as massive amounts of skeletons in the closet are about to be unleashed, thanks to Farley’s bass going down the rabbit hole with ‘Ugly on the Inside’. Now we get to the cover of Frankie Goes to Hollywood’s controversial classic, ‘Relax’.

I was a little skeptical about Fozzy tackling this cover. The original song has been used many, many times in movies, Grand Theft Auto: Vice City Stories, and the Netflix interactive film; Black Mirror: Bandersnatch. But Fozzy hit a home run in the World Series by putting their own spin of the new wave song by transforming it into a hard rocking jugular for metal heads hitting the dance floor.

You have to understand something, not only Jericho stays true to the song, but he has an amazing sense of humour for what he’s done by giving the cover justice. ‘My Great Wall’ is a combination between the Scorpions, Stone Temple Pilots, and Blind Guardian.

Like a delicious smoothie that Fozzy made to the public, you can tell that they’ve done their homework very well by combining alternative, power, and electro metal to the core. They’ve added huge amounts of fruits and vegetables into the blender and create this epic song to life.

‘What Hell is Like’ sees Fozzy going into a mini metallic opera with some vaudeville approaches, mixed in with machine guns firing like crazy with unexpected twits that’ll piss your pants, 24/7. ‘Omen’ becomes this schizophrenic view of religious cults going into a full-blown massacre.

The arrangements on here becomes a clock-ticking scenario, not knowing when the bomb is going to explode at any minute. It transforms into a post-apocalyptic nightmare that has happened. Both ‘Nowhere to Run’ and ‘The Worst is Yet to Come’ sees Farley coming to the forefront once more as Jericho makes sure that they didn’t leave him behind.

You get to the point that while the pandemic came to a screeching halt two years ago in March, it will only get worse as the roaring ‘20s have only just begun. However, there’s a loophole. And getting out is the hard part. But it comes with a heavy price before you become public enemy number one as big brother watches over the entire city.

‘The Vulture Club’ closes the album of detailing the themes of betrayal. It is another head-banging rocker as the riffs become a heat-increasing level going up at 100 before you get stabbed in the back in its climatic route.

Boombox is Fozzy’s treasure trove that has finally been opened to reveal its true glory. And it’s enthralling roller-coaster ride that’ll have you on the edge of your seat, forever and ever. 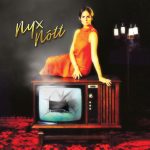 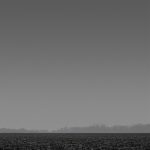