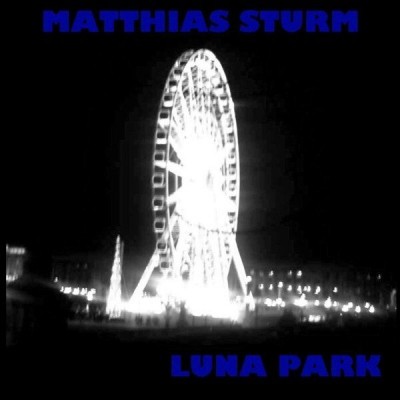 When you get guys like Dave Hillis (Pearl Jam, Afghan Wigs) and Warne Livesey (Midnight Oil, The The, Mark Hollis) to produce your albums and drummer Dave Krusen (Pearl Jam, Candlebox, Unified Theory) among others to play, you either have a lot of money or a modicum of talent to go around. Still, if there’s no promise, the money may not be the stimulus enough to get better known names involved in your projects.

Whether East Germany born, and now Paris resident Matthias Sturm has enough money to go around to use for his musical projects can go as an unanswered question here, as his second album Luna Park (produced by Livesey) shows enough promise and talent to get such a name to get involved.

Sturm seems to be quite a proponent of the line in musical thinking David Bowie had during the seventies, particularly that part that leaned on intricate songwriting based in Syd Barrett-style psych pop and any other element that would fit in nicely, whether it is Hawkind-like bleeps and burps or more disco-oriented rhythms.

Also, Sturm picks up on another popular thing from the seventies – a concept album. As he explains “It’s a more antiquated term of a kermis or amusement park, and has been a synonym for the ups and downs of life, a symbol of the karmic wheel to find in the carousels…the lunation and the lunatic world, where darkness is elucidated with coloured lamps and flashy lights, a cinematic market of vanity and sex, cornucopia of wasted live and unborn beauty.”

As explained, this concept might sound a bit too lofty, but Sturm manages to sail through it without too many pretensions and with some excellent penchant for melody and good arrangements, coming up with a thoroughly enjoyable musical experience.