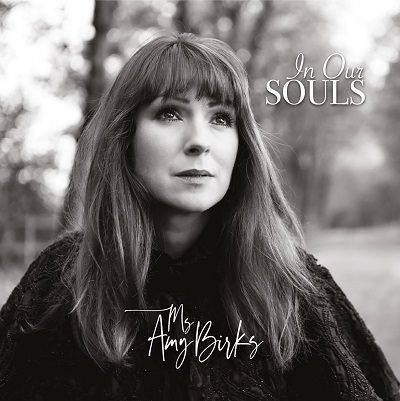 In Our Souls by Ms Amy Birks

The road to healing can be a long path by rediscovering yourself and not look back on the past. Moving forward into the future can be a healing process. And for Amy Birks, she brings the journey into the forefront with her latest release, In Our Souls. She brings this task to bring the survivors of abuse by going on this spiritual adventure and find their inner self.

When you listen to In Our Souls, it is like watching a beautiful one-woman opera show that Amy has written during the pandemic. There’s strong connections between iamthemorning and North Sea Radio Orchestra’s Sharron Fortnam that Amy took inspirations from. You have these strong textures that has strength, wisdom, and massive amounts of power to the kitchen table.

‘Elsa’ is a woman that we all knew in our time from High School, College, and Adulthood. You can imagine the bruises, bloodied faces, and the struggle that she went through in this fight for survival. Amy hits home by going through this dark forest with a mournful acoustic composition as she goes for the challenge from piano to heavier tones as we ‘Hold On’.

The opening title-title track sees Birks taking the long way home with textures that could have been written by Craig Fortnam as he lifts Birks’ spirit way, way up. You can imagine the NSRO has her back, no matter the cost while ‘The One That Got Away’ has a country-tinged approach by writing in the styles of Crystal Gale.

The song has some strong vibes in a filmmaking sense that the late, great John Hughes could have used for either Planes, Trains, and Automobiles or She’s Having a Baby that would have filled audience goers in tears for dramatic scenes. Not to mention the gospel style background as we head into the sorrowing waltz by witnessing ‘A Death Scene’.

Amy has planned on how she wants one of her characters to die. And the way she describes it in the middle of the song is disturbing, romantic, and bringing all of the details on what has happened. It may not be everyone’s cup of coffee per se, but Amy has an amount of guts to write a song like this.

‘The Woman in White’ has mysterious details on who this ghostly figure comes out of the blue in various locations. You have string sequences to bring up more questions while the drum brushes on this intense tango before she dances the macabre to one of its bullies who used her as bait and framed her until his dying breath.

Then, Amy starts her engines by taking a drive into the English countryside with the radio going for a calm reaction of relief by saying ‘Goodbye for Now’. You can tell that she had a long night for the stories she’s brought to her fellow listeners. But she’s not done yet.

‘Living In Sin’ details themes of PTSD (Post-Traumatic Stress Disorder). While the themes detailing about moving forward in our lives, the past and present comes back to haunt you as Amy heals not just the survivors, but the soldiers who come from war, helping them to recover before they become this ticking time-bomb waiting to explode.

In Our Souls is Amy’s crown jewel. It may not be an easy listening album to listen to, but she has proven herself that the subject matters of abuse definitely needs to be discussed. While the issue can be very difficult to tackle, Birks brings it all there like no other.