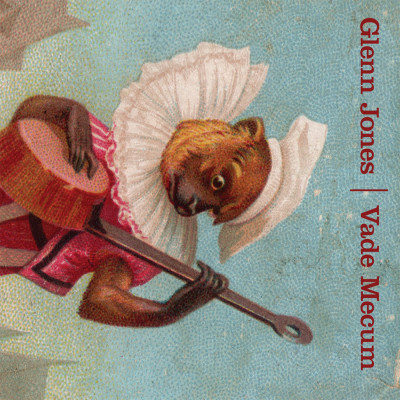 For the connoisseurs of the finger picking guitar music, Glenn Jones counts not only as one of the key followers of the legendary guitarist John Fahey (with whom Jones recorded), but also one of the more innovative explorers and purveyors of the genre. Vade Mecum, his latest album, is yet another confirmation that those connoisseurs know exactly what they are talking about.

While Jones explored the acoustic guitar styles while he was still part of the now sadly defunct Cul De Sac, Jones’ solo work is solely devoted to acoustic guitar explorations. This time around, Jones relies on his memories of people that have had quite an importance in his life and artistic endeavours.

“It’s a fact of life that as we age, we’ll lose people we love,” explains Jones. “Vade Mecum contains pieces dedicated to a few of these. Though there is melancholy in such losses, my album is intended to celebrate, not just mourn.”

Bringing this sort of emotions to his compositions and playing here, Jones is able to give both his music and playing an additional dimension that is often lacking with the guitar players that rely solely on their playing technique.

Of course, Jones’ guitar technique is unquestionable here (and elsewhere), but there is that emotional depth in his playing here that comes only from strong personal involvement with your music.