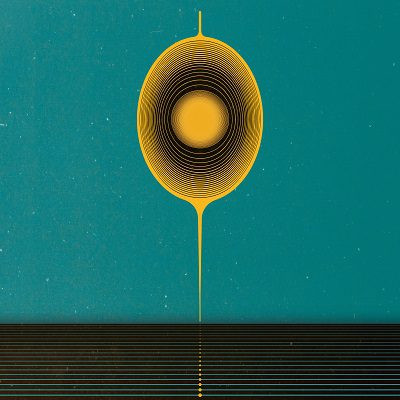 International Treasure by The Utopia Strong

Whenever my ears get interested on a piece of music that would make me peak inside that opened door, I know it is going to be an experience. But when it comes to the mad scientists from Kavus Torabi, Steve Davis, and Mike York of The Utopia Strong, it is going to be a meditating experience.

Combining the dark passageways, spiritual healing, and bringing harmonies between mind and body, the trio’s latest release International Treasure is their escape from all of the crazy shit that’s going on in the outside world. And its quite an expedition that’ll take you from one corner to another.

Blending the structures of Franco Battiato’s Fetus-era (‘Persephone Sleeps’, ‘Castalia’), the nightmarish terrors with alarming noises that signal a challenge to enther those hallucinating visions on ‘Revelations’ whilst waking up from a deep sleep and being in the 30th century on what the future has become as we are visited by the ‘Spirits in the Deep’.

Then the vocalizations done by Kavus, brings a form of calm and echoing reverbs inside the doubling caves for the ghostly structures of the ‘Shepherdess’ to come forth. With an electro-drum groove, it brings the effects of raindrops pouring down like crazy to have that cool weather vibe after having a long hot day of temperatures going up to 110 degrees during the summer.

Then as you reach the mountain top, you look down at the chaos below, knowing the damage is done on ‘The Islanders’ and the title-track. It gives a sense on where do we go from here after the destruction has plagued upon this once great utopian city. The townsfolk have to embark on new chapters in their lives, but it leaves a massive scar inside their back.

And it becomes an old rotting wound, which will never wash off. The arrangements on the eighth track gives us ideas and textures on the damage and destruction on what has happened to this once beautiful city, now turned into chaos, insanity, and terror.

International Treasure is The Utopia Strong’s alternate score for an imaginative movie that takes listeners and yogi’s a chance to confront their darker past and proceeding to press on and looking into the times ahead. It makes a journey that is challenging and being the point man to bring all of the danger that awaits us.