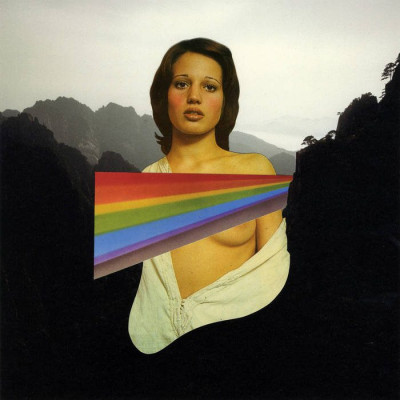 What happens when an ardent musicologist, or more probably a great music fan with encyclopedic knowledge of music past wants to come up with some music of his own?

In most cases, one of two things – a mishmash of musical styles that don’t take us anywhere, or some intricate combination of some disparate (or not so disparate) musics that some up with something genuinely interesting and listenable.

Evan John Uschenko, who goes under the moniker Ghost Woman is one such ardent, we can really call him musicologist, that has come up with an intricate sixties, early seventies musical combination on his debut self-titled album.

What does Uschenko throw in here, well, more or less things that do go really well together, if you know how to really combine them well. Velvet Underground, Can, The Byrds, Jefferson Airplane, with a few more cult stuff for good measure, like Firesign Theatre.

It is all under that lo-fi veneer production (think Allah-Las or Kurt Vile) but with some catchy, melodic and still intricate stuff like on ‘Along’ or basically throughout the whole album. Actually, Uschenko can be classified in that rarefied class of artists who have come up with an almost faultless debut album, with tracks like ‘Behind Your Eyes’, being summer playlist specials.