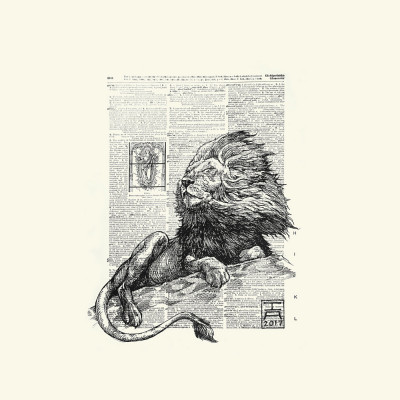 Bong-Ra made his name early in the century with imaginatively garish breakcore collisions of Slayer riffs, rave stabs and ragga over mangled amen breaks. Music for an apocalyptic fairground, a spirited dance along the brink of disaster. It was deliriously good fun for a while but all genres eventually lose steam. Breakcore was hedonism in the jaws of hell, “No future” pumped in its bloodstream and once it had thrown the entire twentieth century onto the blazing pyre it came to spinning around in the grey dawn with no idea where to go. It couldn’t go further and there was no question of meekly going backwards or playing nice. the scene’s leading lights all began to try on different identities, work in different genres. Jason Köhnen, the man who is Bong-Ra, always seemed to have several overlapping identities on the go from genre sidesteps, into ‘ardkore with Glowstyx and the Hammer Horror lunacy of Servants of the Apocalyptic Goat Rave, to the droning mutant ambience of The Kilimanjaro Darkjazz Ensemble and their freeform live manifestation as The Mount Fuji Doomjazz Corporation.

Given this multiplicity it seems a touch odd that he’s chosen to reboot the Bong-Ra name for his latest blend of atmospheric electronics, doom metal and free jazz. For one thing, Köhnen is right there. While I suspect the umlaut is a metal fan’s affectation it’s a pretty great name for an electro-doom-drone project isn’t it? Anyway, in this new phase Bong-Ra is getting cosmic, calling on the ancients and pulling together strands from his whole career into bass heavy doom rituals. Those who took philosophy/too many drugs can ponder on the journey from the nihilism of Bikini Bandits, Kill! Kill! Kill! and Full Metal Racket to Meditations, which takes its name and inspiration from the stoic journal musings of Roman Emperor Marcus Aurelius.

If that sounds just a touch ‘prog epic’ to you don’t worry, the accent is on the meditative. Well, sort of. This is music you can mentally wander around in and explore but it’s not floatation tank wooze. Old Marcus was jotting his stuff down on military campaigns and first track ‘Courage’ has something of a heroic march towards danger about it, a head nodding doom trudge into the unknown beneath darkening skies. There’s an ancient feel to the swirling atmospherics, emphasised by Dmitry el Demerdashi’s oud and pushed towards the cinematic as the track enters a cave of droning monks. The drums begin to flit and skitter as our weary campaigners face their fear of 50’s jazz and find their courage rewarded with a break in the cocktail lounge. The track takes a moment for a Bohren and der Club of Gore cigarette before the return of doom and duty, passing through chaos and back to calm.

Colin Webster (Sex Swing) also played on this album’s predecessor Antediluvian and his saxophone lines move nimbly from flowing and contemplative to wild and jagged across the album as the music ebbs and flows. He brings a pool of lyrical reflection amongst the filthy bass of ‘Wisdom’ becoming more agitated as the track winds up again, honking and squalling away on the more energetic ‘Temperance’. On the drums Eugene Bodenstaff makes an alchemical blend of steady doom beats and jazz flourishes seem entirely natural. Köhnen is a prolific artist and some it has appealed more, some less. This is firmly on the more side for me. If it feels like a new variant on some of the previous Kilimanjiro/Mount Fuji ideas that’s natural enough. The oud in particular contrasts this music with the hyper modernity of his early kaleidoscopic breakcore. Bong-Ra growing up and getting deep with the big questions, funny old world. Then again, as Marcus Aurelius put it “The object of life is not to be on the side of the majority, but to escape finding oneself in the ranks of the insane.”