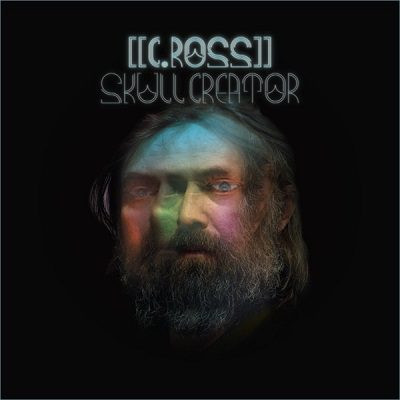 Chad Ross has made a name for himself. Between his work from Quest For Fire to Comet Control in which they opened for Black Mountain, Ross wanted to go beyond the landscapes of psychedelia and folk by going from the solar systems to Earth’s dry land from a long journey. His new solo release as C. Ross, Skull Creator brings a spiritual guidance to have listeners on a hypnotic journey to find their inner selves.

And to be allowed to have Black Mountain’s Josh Wells along with Earthless and Black Crowes’ own Isaiah Mitchell, they lend Ross a helping hand to bring his story-telling imagery to life. Putting this album on is like looking through the horizonic mountains by witnessing the beauty of the northern lights in all of its glory. It leads you to the pathways of sorrow, grief, anger, ethnic landscapes, and a new beginning.

The title-track details a doomed tidal-waving turned into a cleaning arrangement that resembles a darker version of Germany’s unsung maestros Eloy during their Inside-era as they sing in the styles of ‘Future City’. Opener ‘Buzzin’ in the Bush’ starts the day off with a howling style while Chad takes us to the coldest part of the mountains with Mitchell sliding us down to the opened passageway that’s awaiting its listeners.

The acoustic beauties of ‘The Stranger’, ‘Takin’ a Dip’, and ‘On Golden Pond’, it has these campfire arrangement as if it was recorded at the Waterton Lakes National Park. You could tell that Ross wanted that cool evening vibe and take a break from the studio sessions by doing something fresh and vibrant.

‘Wrong Side of the Sky’ has some strong influential backgrounds between Wells’ Black Mountain’s spirt from the band’s second release In The Future and the folk-punk structures of the Violent Femmes with Goldstein’s pedal steel arrangements adding that eerie-spooky effect to make you feel that somebody’s watching you.

Meanwhile ‘Way Too Nice’ goes into some krautrock territories whilst Ross dives into the waters of Amon Düül II, CAN, and the Ummagumma-era of Pink Floyd channeling the third and final section of Gilmour’s parallel universe on ‘The Narrow Way’. Ross really did his homework very well. He carries the spirit of those three bands by letting them know that their legacy will never die.

But just as they reach to dryland, ‘Tracks in the Snow’ has a sense of loss and isolation dealing with the themes of loneliness. Not only there’s the ride home, but their lives after the long journey they’ve embarked on, will be different as Goldstein and Wells are bringing the story to a tragic end.

Skull Creator is Ross’ chance to rise out of the caves by revealing that he’s more than just a founding member of Comet Control. He has brought all of the research down and front. And while it may take a few listens, he has kept the ball rolling to bring his solo album to life.