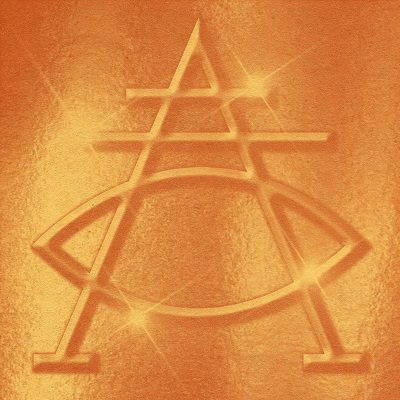 Deep in the heart of Texas, the city of Austin keeps the music scene growing. There’s some great bands and artists that come to mind by keeping that city state weird. From Proud Peasant, Emily Wolfe, Witchcryer, and The Aaron Clift Experiment, you know something exciting is going to happen. But something has climbed upon the Texas State Capitol that’ll knock your ass off to the ground. And that band is the Golden Dawn Arkestra.

Formed in 2013, the band is a combination between grooves and cinematic storytelling, they bring us the noise, funk, trip-hop, and psychedelia arrangements that is floating beyond our solar system. And once they bring those genres in, you can expect yourself to be moving and shaking your body down to the ground.

Their latest album simply titled, The Gold Album, gives listeners a chance to stand up on their feet and relieve the stress of being cooped up in your house for two years and sweat like crazy. When listening to the new album, it was like Chrome Hoof was alive again. It’s almost a continuation where Chrome Black Gold had left off.

It’s impossible to categorise the band’s music I’ve mentioned earlier. For me, they are their own visionary sound and vision by bringing a sense of relief into their music. And it’s quite a surprise for me to ride on the Arkestra’s merry-go-round for the first time.

And the centerpieces that are on The Gold Album, you better be ready to get yourselves, up-and-running. In ‘Superstar’, there are some mid-fast synths to hit the ground floors. The themes of being in the limelight at first makes you want to be a part of the big time.

But it’s the aftermath and being in the tabloids can come at a heavy price. There are moments in the introduction where the textures resemble the sounds of Krautrock maestro’s NEU! And the Thriller-era of Michael Jackson’s golden era with an eccentric beat.

‘Springtime in Quarantine’ sees these watery backgrounds diving into a river filled with swarms of birds chirping, drizzling rain effects, and the Berlin-era of Bowie while ‘Backwards’ takes us into the hottest sections of the Jungle with heavy percussion beats, funky guitar riffs, Tame Impala-sque arrangements, and taking us on a joy ride that is beyond our galaxy.

Not to mention those blaring sax lines to get those ignition levels running to make the jump to light speed in the band’s answer to the Millennium Falcon!
‘Covid Condo’ walks you into the spoken poetry dialog, jumpy keyboard with Morse Codes, and the ecstasy of a spiritual journey. The band hypnotises listeners to turn off all of that crazy shit you see on MSNBC, FOX News, and CNN whilst heading out to the clubs to clear your mind.

Then the state of Austin goes into a synth-pop orientation of ‘Success’ with a mountain-top ride to the details of hitting the big time. You gotta admit, the rap styles that are out of the blue, is evidential on the opening track, ‘Join As One’. For me, The Arkestra are a band you don’t want to mess with, because they knock you down to the ground with their music with a hardcore punch like no other. And they have finished their homework assignments so well, they got it down 100%.

After finishing The Gold Album, I felt that I needed to express my take of my introduction to The Arkestra’s music. I felt I was inside the band’s car as they were giving me details on who they are, what they are doing, and the direction they wanted to take. And it made me understand that the Arkestra are always getting down to business.

It may take repeatable listens, but The Gold Album is quite an introduction for you to join The Golden Dawn Arkestra’s fan club with an invitation that’s ready to be signed.