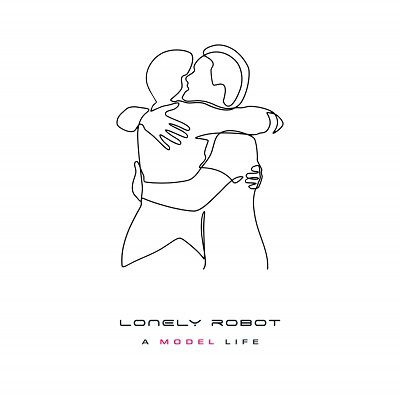 A Model LIfe by Lonely Robot

It’s been two years since Lonely Robot unleashed a new release after their fourth studio album, Feelings Are Good. For John Mitchell, who has been a very busy, busy man, collaborating with bands from; It Bites, Frost*, Kino, and as a co-owner and co-founder of White Star Records, he shows no sign of stopping. But with A Model Life, Mitchell opens the doors to a parallel universe that is waiting for us.

Released on the InsideOut label, he brings these story-like songs once more into a soaring adventure with a pure warm, sonic-like painting that has been brought to life. It’s an album that doesn’t just fade away, but bringing hope of living in this pandemic-like modern world, that we’re living in, a chance to move forward, and never looking back.

The futuristic trip-hop electro drum pattern groove on ‘The Island of Misfit Toys’ has a 12-bar blaring foot stomp sound for a couple of seconds before it kicks into overdrive with Blundell lighting up the fuse for Mitchell to make the jump to light speed. Mitchell flashes the lightning effects on his keyboard to create this ‘30s swinging effect, but with a steampunk twist.

A sweet lullaby turns into a nightmarish atmosphere on the ‘Duty of Care’ brings the themes of domestic abuse and sexual assault to life in the first two minutes of John setting up the scenery of a battered and bruised woman who is detailing the struggle on surviving from a husband who was charming and beautiful, but revealing to be a true monster behind closed doors.

There’s elements between Steven Wilson’s lyrical structures and Birth Control’s 1976 release Backdoor Possibilities in the styles of ‘Behind Grey Walls’ with Peter Gabriel handling the production levels during the recording sessions. But it’s ‘Starlit Stardust’ that has some high-above guitar and synth arrangements that Mitchell lays out the blueprint in the composition.

You can hear the alternative textures between Pearl Jam and Soundgarden’s Chris Cornell coming together as one. It shows that John is more than just a progressive artist. He goes into those two areas and shows that he branch out and do other things. Not to mention that he got it down to a “T” on the fourth track.

But it’s the Eno-sque approach from Taking Tiger Mountain (By Strategy) turned adventurous landscapes that John steps into by witnessing the robots taking over the entire world as they become a ‘Digital God Machine’ while ‘Species in Transition’ takes us through a decaying world with a destructive post-apocalyptic horror film brought to life.

A Model Life makes it the perfect alternate soundtrack for what’s going on since the world came to a screeching halt in March of 2020. What John has done with the new album is that he wants you to be pushed over the edge of the cliff by taking us to this exhilarating, but rough scenery of the lockdowns, futuristic alternate worlds, abuse, and the hope for a new day.

It may take repeatable listens, but be prepared for the challenge that is waiting for you.