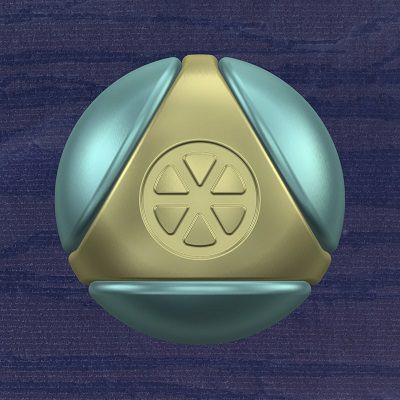 It’s quite a refreshing taste when you hear an artist creating a dish that is going to be right up your alley. For Swiss’ own Roland Bühlmann, he takes us on an ominous journey by following up from his 2020 release Dubnos with his latest album, Emnalóc. The title is like going through a parallel universe that takes us to these insane dark clouds and opening the door to unknown worlds.

And to be allowed to have both David Cross and Terl Bryant return to Roland’s magic carpet, he brings along trumpeter Luca Calabrese, acoustic guitarist Angelo Lebrato, and Ondřej Glogar on carnyx, they brings those arrangements to life with a sonar twist that the label, RareNoise Records, would be on their feet to get Roland to collaborate with other bands and artists to see how much energy he has inside his heart.

The bossa-nova groove on ‘Sevamção’, makes you walk to the tropical beaches at the heart of Brazil with Buhlmann creating his own version of Stanley Clarke’s ‘School Days’ with a samba beat as Luca and Terl follow him to a hot-evening echo throughout the beautiful landscapes of South America. I love how ‘Rithnál’ sounds like a marching riff with an up-tempo attack in the chanting textures of Magma and unsung prog legend’s Locomotive’s 1970 debut album, We Are Everything You See.

Cross carries that legacy of Crimson, honouring the John Wetton-era by transforming it into a vicious, snarling beast, ready to eat a massive amount of human flesh like no other with cannibalistic results.

Just as the last two minutes become a chaotic frenzy for Bühlmann going into this crazy meltdown, Glogar’s usage of the carnyx, an ancient instrument from the Iron Age Celts from 200 B.C. to 200 A.D., resembles the sound of the shofar you would hear at synagogue from Rosh Hashanah to Yom Kippur.

On the opening track ‘Umiion’, it becomes a cry to the gods knowing that the fight for freedom, is going to be brutal, bloody, and intense war this is an absolute gorefest. Once he goes into a chutes-and-ladder texture on his guitar, the battle has just begun.

With Floydian-sque chords, Terl’s march of the death, and spaghetti western vibes that visions Banco Del Mutuo Soccorso’s Darwin-era. ‘Assailen’ has every spiritual awakening that’ll take you and its followers, up to the mountains to receive guidance.

Roland goes from each section of the cliff playing various instruments combining as one whole circle. Bass, loops, and improvisational arrangements, Terl is keeping up the pace to see what he’ll come up with next before they make it to dry land at the heart of Ancient Egypt.

‘Yndrun’ walks into the hallways of David Torn’s massive room with effects, cat-and-mouse chases, ambient calmness, and the usage of cooking pots to create the effects of an African tribe as Luca howls it down from dusk ‘til dawn.

Both ‘Berithlan’ and ‘Letarladoth’ channel the textures of Bill Laswell’s ‘Lost Roads’ as Roland tips his hat to the maestro whilst diving into the ambient waters of unknown worlds once more. He visits the various structures around the world to get a glimpse of Europe, Africa, and a return to South America once more in all of its glory with heavier textures that’ll kick you in the gut so hard, you won’t be able to sleep for the next two months.

The closing 12-minute title-track brings everybody to the forefront. Here, the team make the long drive home after a massive work-out they’ve embarked on. You feel the cold, isolated themes the members poured their souls into. And what a ride it has been.

Emnalóc is Buhlmann’s guidance to take listeners on a voyage that is out of this world with mind-blowing results. It’ll come at you so hard, the massive battering ram is waiting to hit you at any second after the clock bells ring. And the rest is up to you by being a part of Roland’s journey.