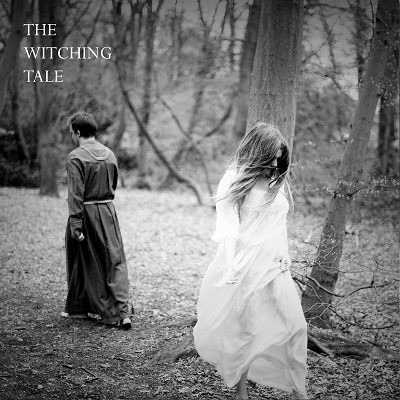 Like a flaming, drone-like campfire that’ll never burn out, Katharine Blake brings all of the scary stories to life with disturbing imagery, pre-Islamic Arabian arrangements, and elements between electronic, folk, and experimentations that are like candles waiting to be lit, The Witching Tale is a stunning debut for her and Michael J. York.

This ten-track release has brought out this hidden footpath that is filled with questions and answers that the duo have unleashed. And to bring along Blake’s daughter Rosa Marsh, Knifeworld’s Kavus Torabi and Charlie Cawood, The Witching Tale aren’t just a duo, but more like a family to bring enough spooky tales and have campers shit their pants like crazy. Not only that, but it will haunt them until the end of summer vacation.

There are synthesisers setting up this whole swirling effect on ‘The Web is Broken’. It hypnotises listeners to keep us on Katharine’s reverbing vocal lines, paying homage to Franco Battiato’s 1970 debut Fetus with chimes signalling the call of a loss loved one. York then uses the synths to capture not just Battiato’s experimental years, but the strong elements of Klaus Schulze’s ‘Satz: Ebene’ that Blake has written lyrics for on ‘Where the Sea Snakes Curl’.

Strong video game-like scores comes to mind that York channels from the realms of The Legend of Zelda, Castlevania, or Ecco The Dolphin, I can imagine he took the 8 and 16-bit scores for inspirations during the making of the album while the opening track ‘The Beckoning’ continues where ‘The Garden of Jane Delawney’ had left off as Blake and Cawood walk into this dark forest along with Rosa to banish evil spirits that have been tormenting every victim of the damages they’ve done to the past and present.

Robin Black’s sax intro on ‘Dahna’, channels the styles of Lol Coxhill and Schoenberg while Katharine goes into the dance of death with York’s double bass setting up this massive heat gage going higher than ever! Now I can’t tell if it’s him or Kavus playing those dooming chords on the electric guitar. But if it’s one of the two, they bring a chilling fracture to the story.

‘Spirans Amore’ is The Witching Tale’s tip-of-the-hat momentum to the late, great Bo Hansson’s recording sessions for Lord of the Rings. Blake’s angelic vocals has brought upon a sense of sun-rising beauty for a brand new day to have birds chirping with excitement to hear York’s keyboards of bringing the animals food, shelter, and water during the hectic storm they went through.

The closing title-track continues where Tangerine Dream’s ‘Nebulous Dawn’ had left off. You can tell that the krautrock genre has had a huge influence on York’s background. Ether-filled senses of hope, strength, and wisdom inside the cavernous caves that is like looking through a massive amount of crystal diamond-like sculptures that’ll become a jaw-dropping momentum.

The Witching Tale’s music may not be everyone’s cup of tea per se, but it becomes a candle-lit wonder that’ll make you want to go back and re-listen to their debut again and again to see what you’ve been missing. And for us, we become the audience as we return to the duo’s theatre repeatedly knowing that York and Blake will have more twists and turns that’ll surprise us until the very end.