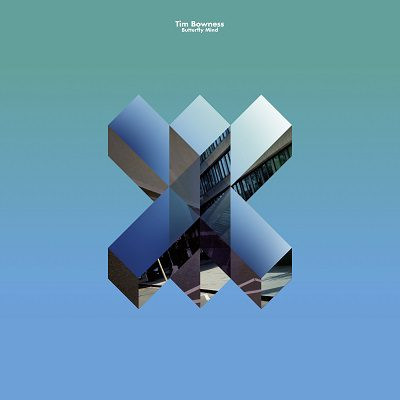 Following his sixth studio album during the pandemic, Tim Bowness has been a very busy, busy man as a co-host with Steven Wilson for the podcast series The Album Years, collaborating with centrozoon, Memories of Machines, OSI, Nosound, and The Fierce and the Dead’s Matt Stevens for live shows along with his partner in crime, Pete Chilvers.

He’s both Bruce Wayne and Batman at the same time. By day he does podcasts like Gotham City’s billionaire, by night he performs as a vigilante. But he’s also a storyteller. He takes listeners through parallel universe through the Victorian-era of London, Romantic textures, and a fictionalized rock musician reflecting back on his life between the past and the present. And sometimes his lyrics are like harsh realities revealing nothing but the truth.

That and his seventh studio release Butterfly Mind, sees him returning back to where Lost in the Ghost Light had left off. Carl Glover’s artwork and themes detail a dystopian future that has a sheer gratitude on what is to come in the next couple of years.

‘We Feel’ has some strong Porcupine Tree vibes thanks to the helicopter-like bass vibes from Nick Beggs and flute improve done by Ian Anderson whilst Peter Hammill’s guitar playing, goes into this volcanic eruption by delivering the goods waving the melodic flag on foot. Meanwhile ‘Glitter Fades’ takes us through the smoky robotic nightclubs as Bowness envisions himself as a ‘50s noir detective who is searching for a missing girl.

Martha Goddard portrays the spiritual vocal styles with lifting textures and Kraftwerk-sque vibes that have tragic details with a ghostly atmosphere as ‘Always The Stranger’ becomes a massive reality check with double-tracking guitars as the fugitive becomes a criminal on the run thanks to the trip-hop grooves from Richard Jupp.

He knows that there’s no way out from all of the damage he’s done, but going out in a blaze of glory in the climatic end, is the solution. From church to a soulful/R&B ballad on ‘It’s Easier to Love’ sees Tim going towards a Motown vibration that fill those empty seats with Sunday morning services in full.

Both Nicola’s sun-rising sax and Dave’s Hammond organ have lifted every church goer with smiles as Bowness preaches to the gospel like no other. ‘Only a Fool’ goes into the Devo-sque punk vibration from Duty Now for the Future as Tim becomes the new leader of the Smart Patrol for the next generation by continuing where ‘Mr. D.N.A.’ had left off as the two-parter ‘Say Your Goodbyes’ becomes this reflection on how much you have become insane.

You feel trapped in this asylum for billions of years with techno vibrations, Crimson-sque orgrans, Coleman howling at the moon, and Hammill channeling his vocal chants in the Zeuhl-like style of Christian Vander. Butterfly Mind is Tim coming back to Earth and revealing listeners on this darker voyage he was on. And the details that he brings aren’t pleasant. This isn’t just a Prog album, this is a mysterious solitaire.

It’s very much like putting them together as one whole film from beginning to end. And it’s repeatable viewings that’ll be a while to get into.