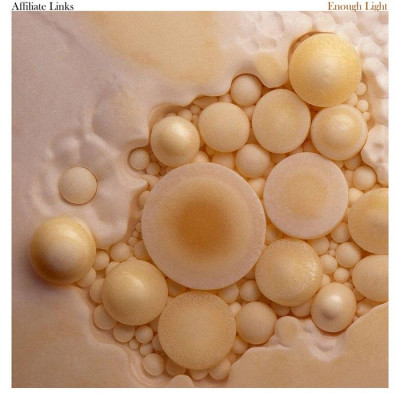 How do you switch from instrumental post-rock to some melodic, well, we can call it slow-moving post-shoegaze and other associated, or, affiliate sounds?

The answer could be easy, of course, if the move produces something intriguing and listenable. And it seems that Canadian post-rocker Bradley Davies had such an easy move to more shoegazey, poppy, sounds picking up an alias that can produce thousands of internet search results – Affiliate Links.

After operating as a member of Canadian instrumental post-rockers Fresh Snow, under his new moniker, Davis just came up with his debut, Enough Light.

I felt compelled to make music filled with words and free from the red tape that can go along with a band,” he says of Affiliate Links’ origin and impetus. As for opting for a band name versus using his own, Davis says: “I thought that it would be more interesting for me to present Affiliate Links as a band,” given that he shares a name with the late actor Brad Davis (of Midnight Express and Chariots of Fire).

And it is quite an about-face from the instrumental complexities of post-rock yet at the same time music that is far away from being simplistic.

Davies seems to have seen quite a lot of light in all things melodic, at the same time enveloping his melodies and quite assured vocals in some layered arrangements. It turns out that he came up with some sort of a modernised combination of original shoegaze and Britpop that were not that far away from each other anyway.

Maybe Davies is not reinventing the wheel here, but his musical wheels seem to be working quite fine, thank you.