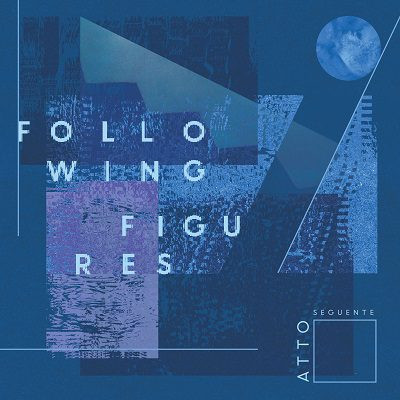 Launched back three years ago, Andrea Vernillo started on a new musical venture on YouTube entitled ‘Listen and Let it Die’. This became the genesis of his new project called, Atto Seguente. Taking aspects from Radiohead, Aphex Twin, and Björk, he wanted to push that envelope and follow in the footsteps of the bands and artists he admired, knowing that he can do the things in what they were doing by going beyond the mainstream.

Last year, he released his EP debut called The Moment Before. Now in 2022, he’s unleashed his first full-length studio release entitled, Following Figures. For Andrea, he has accomplished his mission by taking listeners and view inside a crystal ball of these complicated issues of madness and confliction, right in front of our very eyes.

And it becomes a dangerous tightrope the moment you put this album on. Because you may never know if the rope starts to go loose, or be cut unexpectedly. Andrea’s vocals have a hypnotic view on the world crashing right in front of our very eyes as it turns into a schizophrenic yet hellish paradise of everything going completely weird, very quickly.

The vibrations start to thump like the buildings started to shake like a rapid heartbeat going off the walls as we get a sense of an earthquake happening at this very moment. From its trippy electronic drums and dark ambient patterns, it invokes the Californian noise rock group Health, who had done the 2012 shooter game, Max Payne 3.

You can feel Atto channeling Health by taking that route in the third and final section with this climatic twist, closing the curtain on the most complicated and troubled figures in video game history. But there are moments where we get a small glimpse of people trying to put the pieces back together. And the puzzles themselves, become a big challenge to put it all in one piece before the alarms go off.

Most of the tracks on here, you can easily put yourself in the line of an 8 and 16-bit score between ‘Listen & Let It Die X’, ‘Natural Process’, and ‘Black Eye Scene’, where in a parallel universe, Andrea does a score to a horror game. Either for the return of the NES, Sega Genesis, or the terrifying nightmarish world of Cvstodia in the Blasphemous universe.

He has done a great job keeping the rope, tighter than ever. And throughout the entire album, he doesn’t let it go. He makes sure that his listeners make it to the very end and get a sense of relief from those passageways he puts onto his music.

Challenging, clock-ticking doomsday structures, and attempts to fix the broken relationship nods to Massive Attack, the Following Figures bring the giant blueprints to the fold. And it’s a journey that’ll put you in the hot seat, nonstop.