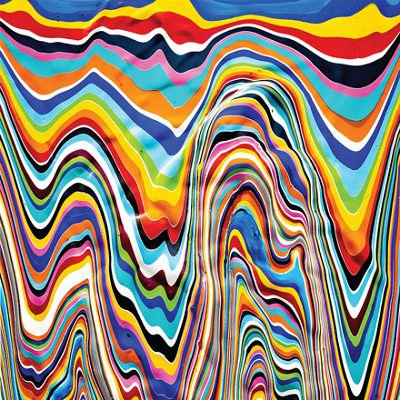 For nearly 20 years, Kells’ own HamsandwicH have been creating their own form of music with nods to Laura Veirs, Belle & Sebastian, and bits of San Francisco’s own Wooden Shjips that comes to mind. Despite being criticised by U2’s own lead singer Bono, who advised them to change their name (Thanks a lot there, buddy boy), they never back down and have kept that name for a long, long time.

Yes it’s a silly name for a band to be called like that, but they take it with pride and keep that machine, up and running. With three albums in the can (Carry the Meek, White Fox, and Stories from the Surface), performing on RTE’s The Late Late Show, winning the 2008 Hope Award at the Meteor Music Award, support gigs with Arcade Fire and Mumford and Sons, and appearing at festivals such as Glastonbury and Electric Picnic, the band’s train keeps on chugging.

Their latest release Magnify gives Niamh, Podge, and Brian, all of the power inside their hearts to let people come join the fun in the outside world. It’s quite an intriguing follow-up that has the late ‘70s post-punk and post-rock attitude to give it that electrical jolt at the right moment to be unleashed.

The acoustic turned glam-rock stomper on ‘Fired Up’ places the dangerous situations of being picked on at school, sexually abused at home, and pushed around the same time between homelife, school and work. You can imagine yourself being a ticking time-bomb waiting to explode at any second before it erupts into a fighting-like anthem when they channel Muse’s ‘Uprising’ from their 2009 release The Resistance, like a giant punch in the face.

And when they hit you with that, you’re going to be bruised and sored-up for months, years, and a good while. Once you mess with them, they’re going to push back and fuck you up like no other! Now onto the usage of the Mellotron. I just love how they use the keyboard on two tracks; ‘Electro Wave’ and ‘Work of Art’.

The first track resembles elements of Ra Ra Riot’s The Rhumb Line with nods to the teen angst from John Hughes’ 1985 classic, The Breakfast Club while the seventh track in the first minute has an upbeat turned lullaby section before the brutal attacks of guitars and drums, set in a dystopian landscape, becomes a dangerous war zone like no other.

Now before you go out to your local record shop, there’s another track that Niamh channels the vocal styles of Midge Ure from Ultravox’s Vienna-era, HamsanwicH dives into the oceanic beauty on ‘Good Friday’ and the futuristic-acoustic, chugging groove with a psychedelia twist by asking yourself if you’re still a human being or not on the passageways of ‘Le Soleil’.

‘Run Run’ sounds like an ambient bossa-nova groove that the band are proving themselves they can dance in the Tropical sun as they hit the dance floors in the biggest clubs to get your exercises up-and-running. Once those vibrations hit, they transform into an intensive workout that’ll get your brain functioned.

Magnify is the music that is perfect for a nice morning and afternoon walk to clear you head. And for HamsandwicH, they are your fitness guru’s to get your ass off the sofa and have those physical activities, waiting for you.